Gigabyte has unveiled its first trio of motherboards designed especially to take advantage of the HEDT Cascade Lake-X chips Intel launched earlier in the week. The X299X Designare 10G, X299X Aorus Xtreme WaterForce, and the X299X Aorus Master all, of course, use the upgraded X299X chipset from Intel to eke out the most efficient performance from the latest Intel Core X series processors.

These new motherboards are expected to be paired with a new Cascade Lake-X chip, up to 8x DIMMs in Quad Channel DDR4 mode (up to 256GB of RAM), with fully validated support for Quadro graphics cards, and lightning-quick Intel Thunderbolt 3 devices - to delight the most demanding content creators working in the fields of 3D modelling, audio/visual editing, and projects that require large-scale system resources. Gigabyte says gamers might find these motherboards attractive too.

Gigabyte hasn't furnished us with the full details of each new X299 board launched today. Instead we learn the following key specs will be present across the range: 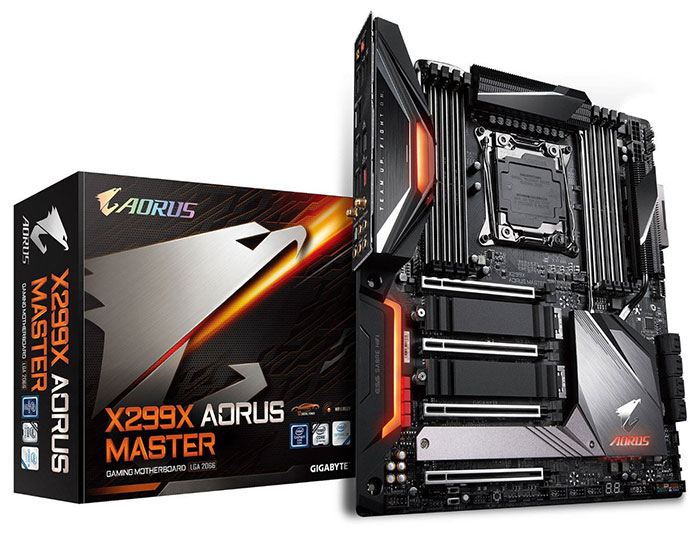 Gigabyte hasn't published the product pages for the X299X Designare 10G, X299X Aorus Xtreme WaterForce, and the X299X Aorus Master at the time of writing. Thus we don't have much in the way of cold hard specs for these SKUs. We expect more than this initial salvo of three boards as it created 14 variants based upon the X299 chipset.