As we move closer to the highly anticipated launch of Intel Alder Lake-S processors, it is natural to see a number of leaks. Recently the official info from Intel has far outweighed the leaks and rumours, but as we have just finished mopping up the Intel Architecture Day 2021 (Alder Lake, Xe HPG, XeSS, Sapphire Rapids) data splurge, some interesting info on motherboards has popped up. 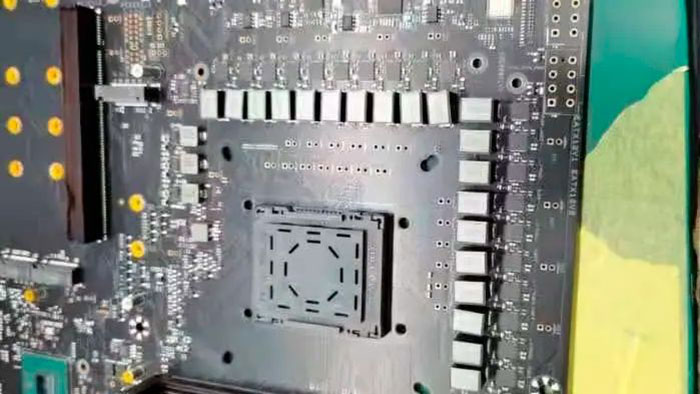 Building on the 600-series chipset details that were discovered in some Intel driver software last week, VideoCardz has an expansive list of Alder Lake motherboard models that are being prepared by ASRock. Yes, the chipset names tally with last week's information, and ASRock is covering all bases with its offerings.

VideoCardz's source has shared the names of 36 ASRock motherboards which are being prepared for the Alder Lake-S launch. However, some of these boards might be held back until appropriate processors are released by Intel (like the lower end-stuff), as rumours suggest Intel is going to start its rollout with high-end overclocker-friendly CPUs. 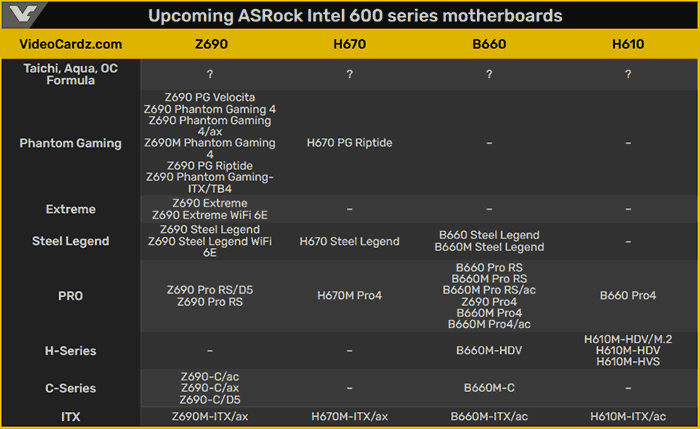 An unfortunate gap in the information gleaned exists right at the top of the ASRock product stack. AT this time there are no details of upcoming ASRock Taichi, Aqua, or OC Formula boards to share. However, you can see in the table above that there are plenty of Phantom Gaming, Extreme, Steel Legend, Pro, and other boards in the making. These cover ASRock's products addressing Z690, H670, B660, and H610 chipset markets. From the naming it is clear to see some have built-in Wi-Fi 6e networking, or Wi-Fi ac, you will get ATX, mATX, and ITX size boards, but there isn't much else we can determine from the names, other than looking at previous gen boards with similar names to set a foundation to build expectations for the new ones.

NZXT motherboards for Alder Lake are also featured in VideoCardz's story. NZXT usually only produces one motherboard per generation/chipset, and likes to concentrate on high-end offerings, and it appears to be preparing the N7-Z69XT and N5-Z69XT for the launch later this year.