Cloudflare has brought its WARP VPN to MacOS and Windows computers (and there is a Linux version in the works). A year ago it launched WARP for mobiles as an option in the 1.1.1.1 iOS and Android apps and the service is currently used by 'millions'. Since that time Cloudflare has been inundated with requests for a version of WARP for computers and it is now rolling one out in the form of a beta release.

The basic WARP service from Cloudflare on MacOS and PC will be free, just like on mobile, but you will be able to pay a subscription for an enhanced service based upon Cloudflare's Argo network "for even faster internet performance". These subscribers will be first on board with the WARP beta for computers and be moved to WARP+ when it is ready, in the coming months. Others can try WARP if they sign up to a wait list via the Cloudflare site and wait for an invite link.

Cloudflare announced its 1.1.1.1 'privacy-first' consumer DNS two years ago. It promoted the service as providing better privacy and faster performance and indicated the project was "motivated by a mission to help build a better Internet." It followed up quite quickly with a mobile app, and is now ready to diversify its product by introducing 1.1.1.1 for Families.

Again, users have been requesting that Cloudflare make some tweaks to a popular service/app. While 1.1.1.1 can safeguard user privacy and optimize efficiency its isn't designed for filtering or blocking content. Nevertheless, many users would like some easy way to protect their home broadband from malware and adult content.

Cloudflare 1.1.1.1 for Families is launching in two flavours, initially. Users will be able to configure their DNS servers on devices, or their router, to 1.1.1.2 to avoid known malware hosting sites or 1.1.1.3 to sidestep both malware and adult content. Site categorisation and filtering uses the same technologies as Cloudflare Gateway. The full configuration options are provided below. 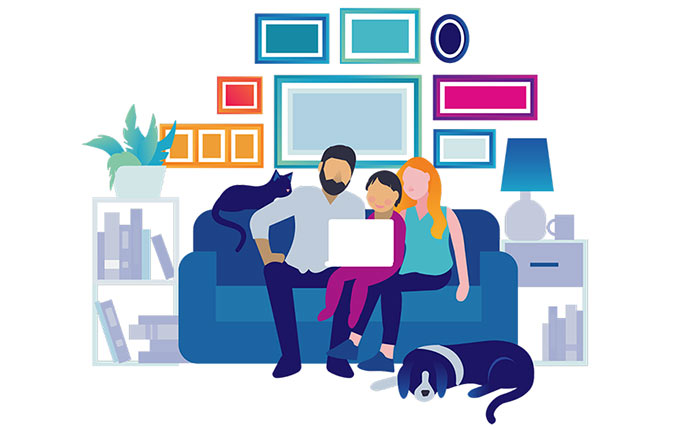 In the coming months Cloudflare promises to provide additional configurations settings for its Family DNS service.

At the time of writing 1.1.1.1 is claimed to be the "second largest public DNS resolver in the world behind only Google," and handles more than 200bn DNS requests a day.

Norseman
Wouldn't use it. Cloudfare has proven themselves to be against net neutrality.

Tabbykatze
Wanna, erm, expand on that?

Doubt they can to be honest…. Cloudflare openly campaign for an open internet and net neutrality.

He might be commenting due to them following court orders to block websites etc and being sued by music companies etc… even though they've tried to defend themselves and their clients as much as possible.
Posted by Tabbykatze - Tue 07 Apr 2020 16:56

LSG501
Doubt they can to be honest…. Cloudflare openly campaign for an open internet and net neutrality.

He might be commenting due to them following court orders to block websites etc and being sued by music companies etc… even though they've tried to defend themselves and their clients as much as possible.

Likely, unfortunately when the chips are down and you are ordered by the state, you can either be sanctioned or comply.

Adam John;4192138
Anyone of the person tell me what is cloud flare.

Cloudflare provides a regionalised content-delivery service, among other things. It saves you from having to serve all that content yourself, so you don't have to eat the massive infrastructure build-out costs that entails, yourself. See the Wiki page for more: https://en.wikipedia.org/wiki/Cloudflare
Copyright © 1998 - 2021, HEXUS.net. All rights reserved. HEXUS® is a registered trademark of HEXUS.