Peripheral and memory juggernaut Corsair broadended its product portfolio with the acquisition of Elgato Gaming late last month. Elgato is famous for manufacturing video-capture and streaming hardware that, with the rise of eSports, has become increasingly popular.

One of Elgato's best-selling products is the Stream Deck. Rather than being a capture device, it is a video mixer/switcher - enabling broadcasters to switch between multiple streams easily. Sure you could do this switching in software, but Elgato offers the same functionality in hardware. Compatible with Open Broadcast Software (OBS), Twitch, et al, the premise is to make streaming as easy as it is on the consoles.

Such preamble leads on to today's announcement of the Stream Deck Mini, representing a cut-down version built to hit a lower price point. 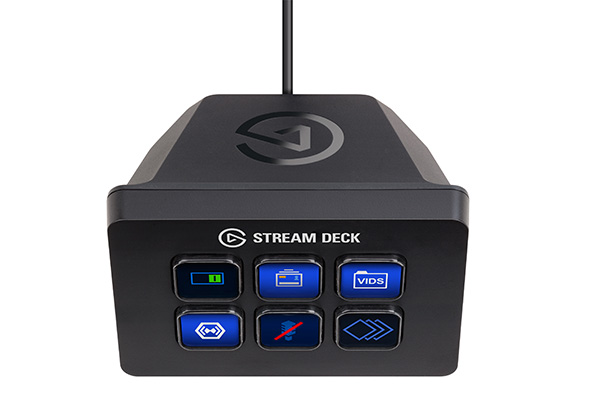 You see, the standard Stream Deck costs around £135, which is a tidy sum for a streamer that only professionals and enthusiasts can easily countenance. The Mini is available for £90 or so, and as the name intimates, it really is just a smaller version.

The original's 15 customisable OLED keys are reduced to six, but everything else appears to be the same. The SD Mini also hooks up to the PC via a USB port, though unlike its bigger brother, there's no need for a stand. This makes sense because the triangular design means the USB cable doesn't protrude out of the top, as it does when the bigger Stream Deck is placed on said stand. 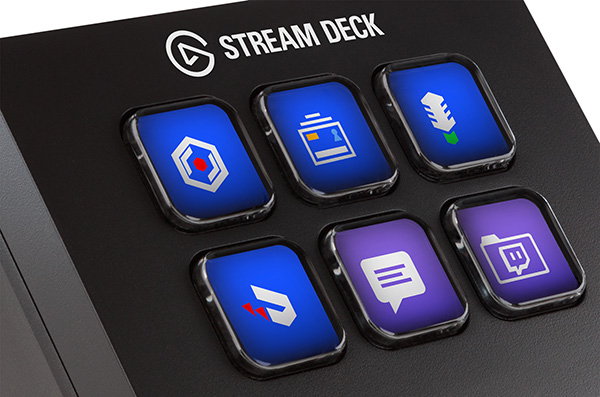 And that's it for differences. Configuration remains a case of adding actions to the Stream Deck software and customising it. There are built-in sample profiles for OBS and Nvidia Share, for example, taking some of the setup work out of the equation.

The Stream Deck Mini entices more users to the hardware-based video mixing field by reducing the cost of entry. Those dabbling in this area for this first time will rarely need more than six action buttons - each can be programmed for multiple actions, too - so it's a predictable product from a marketing point of view.

Expect to see it for £90 at all the usual retailers, including Scan Computers.

Posted by gordon861 - Tue 24 Jul 2018 15:38
Apart from the flashy OLED screens there is no reason you can't make something like this yourself with some very simple wiring and some switches, very cheaply.

True, but then again this is still intended for ppl who can afford and too lazy to have the hassel of setting up DIY stuff.

besides, if you are thinking of doing somewhat fulltime streaming, then this is considered an investment.
if your a casual streamer, then your idea would be much better and you learn stuff as well :D
Posted by gordon861 - Wed 25 Jul 2018 11:38

I'm in the process of planning a board myself with a bunch of switches and some analogue joysticks using the more expensive board. I just need to design the layout for the front plate and get it produced, and then do the soldering bit. You can get the front panel laser cut fairly cheaply (£20 for A4 with lots of holes cut in plastic, incl delivery).
Posted by TheAnimus - Wed 25 Jul 2018 12:43

Fancy OLED screens on buttons are kind of expensive and I dare say a lot of the point of this project!

A 32button breakout for £30 is also terribly bad value for money.