Swedish company Mionix has announced its latest gaming mouse, the Naos QG (Quantified Gaming) mouse. The headline grabbing thing about this gaming mouse is it's built in biometic sensors which allow you to monitor your vital signs, via an in-game overlay. We first saw the Naos QG demonstrated back at the CES 2015, so it's good that it will finally be released next month.

The new Mionix Naos QG was built in collaboration with Kickstarter and the Twitch streaming community. Using the biometric readout overlay you can uniquely "stream your cool," suggests Mionix. 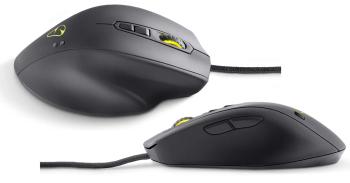 Behind the biometric functionality are sensors that measure your Heart Rate and Galvanic Skin Response. If you run the in-game visualization overlay software you will be able to see a numerical BPM heart rate read out plus visual pulse and GSR (Galvanic Skin Response) charts. Further mouse data can be gathered for monitoring purposes in the Mionix Hub; clicks via the mouse buttons, and movement speeds and distances via the mouse tracking sensor. 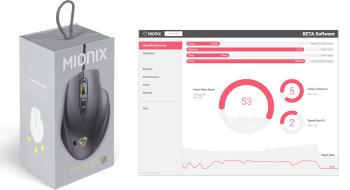 Open APIs are downloadable for developers to create their own applications or mods for the Naos QG.

The following sensors are used for biometric specific monitoring: 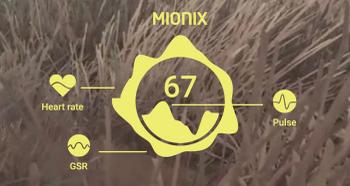 Other, more traditional, mouse specifications of the Mionix Naos QG are as follows:

The Mionix Naos QG will become available worldwide starting from 28th October, but you can pre-order if you wish. This product is being showcased at TwitchCon, San Diego from 30th Sept to 2nd Oct. Naos QG pricing is US $129 / Europe €129 and buyers receive a 2-year warranty (1-year in the US and Asia).

Early warning system for those Chinese/S Korean gaming cafes
Posted by ThomasbarrY - Sat 10 Mar 2018 03:51
Living in France is one thing desired by many individuals. If you want to live in France then you have to get French property. You can read the advertisement section of the newspapers which has the section of houses for sale in France. After making a suitable choice, you should research about the properties for sale in France. French property is now a days very much wanted also.

If you want to live in France and spend your life there you should select a proper house. French property is not cheap and you need to make a major investment. You must also know about the properties for sale in France at various locations. The houses for sale in France come in different prices depending on the location
Posted by Ttaskmaster - Mon 12 Mar 2018 11:17

ThomasbarrY
French property is not cheap and you need to make a major investment. You must also know about the properties for sale in France at various locations.