NVIDIA has ambitions of a mobile revolution late in 2009, led by its Tegra SoC (system-on-a-chip). We take a look at what Tegra is, and why it might be important to you.

What is NVIDIA Tegra?

Tegra, designed and manufactured by NVIDIA, is a SoC (system-on-a-chip) processor targeted at mobile devices such as smartphones, mobile internet devices and netbooks.

The tiny chip, built from the ground up following five years of development and an investment quoted to be in the region of $500 million, aims to provide HD visuals whilst consuming very little power. Using an ultra-low-power GeForce GPU, it promises HD video playback and smooth 3D user interfaces in ultra-mobile devices. NVIDIA hopes Tegra will bring computing power to an array of devices in years to come – should that be the case, we could see the chip turn up in phones, toasters, cars, TVs, photo frames and... well, just about anywhere. 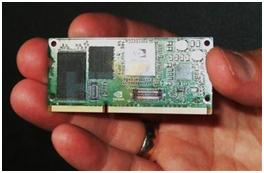 An entire Tegra chip, as pictured to the right, typically consists of eight individual processors - consisting of ARM 11 and ARM 7 processor cores, a GeForce-based GPU, a 2D engine, a HD video encoder, a HD audio encoder, and audio and imaging processors, too.

By using a multi-processor SoC design, NVIDIA is able to allow Tegra to enable and use individual processors as and when required. Doing so, of course, helps preserve battery life, and NVIDIA reckons Tegra consumes less than half a watt.

Put into consumer terms, NVIDIA’s figures suggest that a Tegra-based system with a nine-cell battery could operate for multiple days on a single charge. That isn’t due to a lack of processing power, either, as Tegra’s GeForce GPU enables it to output HD media – a rarity for a chip this size.

The goal, therefore, is a computing device that’s always on. Think of it as bridging the gap between a netbook and a smartphone.

Demystifying the Tegra family of SoCs

As with most computer chips, Tegra won’t arrive in just one flavour. NVIDIA will initially produce four parts, categorised by two series – the Tegra 600 and the Tegra APX.

The smaller-but-less-powerful APX series will be geared toward handheld devices, such as smartphones, navigation devices and portable media players.

The Tegra 600 series, meanwhile, offers a little more grunt – including the ability to playback at 1080p full-HD – and will be used initially in portable computers such as mobile internet devices (MIDs) and netbooks.

Looking forward, NVIDIA's roadmap suggests a number of upcoming Tegra revisions. At present, Tegra 2 is expected to arrive in 2010 and offer four times the performance of the current Tegra parts. That'll be followed swiftly by Tegra 3 in 2011.

When will we see Tegra-powered devices? 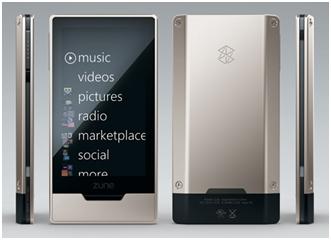 NVIDIA is claiming a number of design wins for Tegra-powered devices, and it expects a number of systems – including netbooks and MIDs – to be available late in 2009.

Its biggest design win, however, is arguably Microsoft’s Zune HD (pictured right). The upcoming portable media player, scheduled for a US launch in the fall of 2009, is the latest iteration of Microsoft’s Zune range, and it’s powered by an NVIDIA Tegra processor.

Tegra-powered devices, then, will become readily available this year.

Are there any drawbacks?

Tegra’s sounding mighty impressive thus far, but there is one drawback that readers will need to be aware of; the ARM processor cores at the helm of Tegra aren't x86 compatible, and Tegra-based systems are consequently unable to natively run common x86 applications such as Microsoft Windows or Microsoft Office.

For devices such as netbooks, NVIDIA will consequently be relying on alternative operating systems such as Microsoft’s Windows CE or Linux-based options such as Google Android. The challenge for NVIDIA, then, is to convince users of such devices that the familiar x86 applications that many are accustomed to aren’t always necessary for day-to-day tasks such as web browsing and word processing.

In the smartphone and portable media player space, Tegra’s hardware credentials tout HD media playback and a notably-low power envelope, so it’s no surprise to see it claiming design wins such as Microsoft’s Zune HD.

Tegra’s impact on netbooks – a market currently dominated by Intel’s Atom processor and Microsoft’s Windows XP operating system – however, remains something of a question mark as the x86 hurdle may be tough to overcome.

Nonetheless, one thing’s for certain; we’re on course for a barrage of Tegra-powered devices in 2009.

Microsoft said it wouldn't be supporting pre-8th gen Intel CPUs, but this move gives some hope.