You are here:
Automotive Features 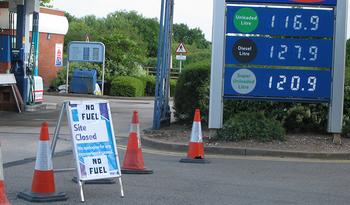 July 2017 was a pivotal month for the automotive industry. This was the month when Volvo became the first big-name manufacturer to announce plans to stop making vehicles driven by an internal combustion engine. The Swedish firm confirmed that all Volvos produced from 2019 onwards will be partially or completely battery powered, with chief executive Håkan Samuelsson claiming that the announcement "marks the end of the solely combustion engine-powered car.”

Bold claims, yet car manufacturers aren't alone in this line of thinking. Just a day later, France revealed ambitious plans to end the sale of all petrol and diesel vehicles by 2040, and Britain, citing public health as a key factor, soon followed suit by announcing a ban on the sale of petrol or diesel cars and vans starting in the same year.

Fascinating developments, yet while the manufacturers and governments have played their cards, we're always intrigued to hear the opinion of consumers. So for this week's question, let's put the focus on our automotive futures by asking: will your next car be electric? Let us know your reasons for and against using the comments facility below.

Posted by CAT-THE-FIFTH - Fri 25 Aug 2017 16:40
Nope.
Posted by hellig - Fri 25 Aug 2017 16:40
Depends on the price, but after looking into it, more than likely if i buy a new car again.
Posted by Wozza63 - Fri 25 Aug 2017 16:41
I was hoping so, but I may have to have another car in between as they're currently too expensive. I would love to get a Tesla, but even the cheapest would be way out of my price range at this time. Maybe if they get cheaper to produce I could push for one.
Posted by Ttaskmaster - Fri 25 Aug 2017 16:49
Nope. Not until they are affordable, viable replacements for what I have and actually look like something I'm happy spending my time in and money on. But you knew all this, anyway… :lol:
Posted by 1stRaven - Fri 25 Aug 2017 16:57
It already is. Picked up a 30Kwh in April this year, trading in my Jag XJL. It is costing me around £2 to charge it up and a charge is lasting around a week at the moment.

Cant understand why more people dont have them. The cost savings cover the cost of the car, to a point where I have a car with no mot, covered under warranty for around £100 per month.

Granted, longer journeys can take some planning but I have ended up borrowing a free car from Nissan for one holiday and renting another car for £100 for a week's holiday. Good chance to test drive other vehicles.