Back in Feb HEXUS reported that Qualcomm had listed the Asus ROG Phone 3 and Zenfone 7 as upcoming smartphones which would feature its latest and greatest Snapdragon processor, the SD865. Some months have now passed and it is approaching a year since Asus launched the ROG Phone 2. One might expect Asus to launch its ROG Phone 3 (and Zenfone 7) soon. Now there are signs that the device is close to launch as its official TENNA filing has come to light, via XDA Developers. This Chinese regulatory filing includes device specs, as well as some basic images.

Picking through the source info, I have distilled the following key specs list: 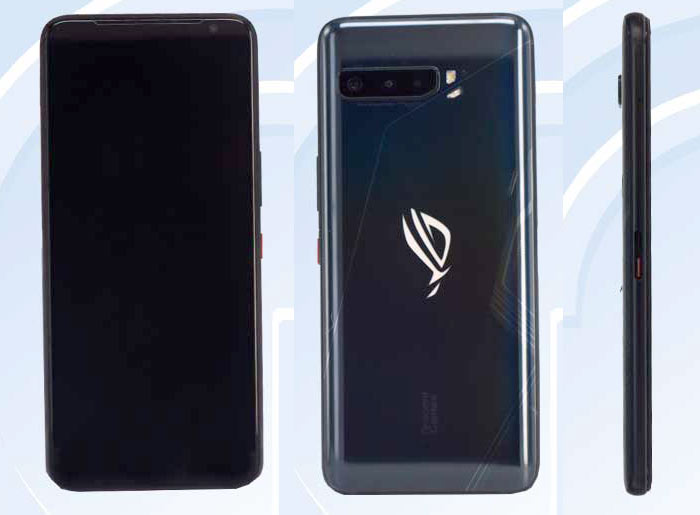 While the TENAA listing is quite detailed, there are some omissions. For example, we don't know if the 'Air Triggers' are present in this new design, if there have been developments in the 3D vapour chamber cooling system, whether the phone can wirelessly charge, or if the host of existing ROG Phone 2 accessories will be compatible. There were lots of accessories for the ROG Phone 2 launched, with four of accessories being types of dock, plus two cases, an active cooler grip, and a specially designed gamepad controller.

Last year Asus teased the ROG Phone 2 for a number of weeks before letting the cat officially out of the bag in late July. The second version was priced similarly to the first, at approx US$900, so one might expect a similar price for this refresh.

Posted by Luke7 - Tue 16 Jun 2020 12:34
Well, the front looks just like any regular phone these days (not a bad thing), but that rear genuinely made me say “eughh”. I don't know whether it's just an effect of the low image quality but it looks cheap and nasty… like a kids toy or something. Oh, and also dated?
Posted by DZHEX - Tue 16 Jun 2020 17:07
No headphone jack… dammit.
Well, I suppose ROG phone 2 is still much more than adequate.

https://www.youtube.com/watch?v=a9DBMUhp0eM
Copyright © 1998 - 2023, HEXUS.net. All rights reserved. HEXUS® is a registered trademark of HEXUS.