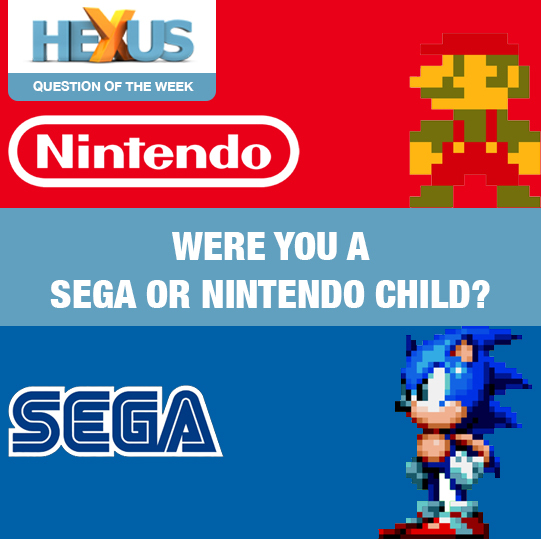 Our younger readers will no doubt disagree, but as a child of the '80s, I'm adamant I grew up in the golden age of gaming. Back then I was able to learn the ropes on an Amiga 500, and that stood me in good stead for the console war that raged throughout the '90s.

Sega and Nintendo fought the good fight, and each had a distinct method of marketing their efforts. The duo was positioned as opposites, with a plumber representing one and a hedgehog serving as the face of the other, and gamers typically had to choose between the two. Thinking back, I can't recall a single friend that had both Nintendo and Sega games consoles. They were mutually exclusive and I personally lived life on the Nintendo side of the fence; the SNES still ranks as my all-time favourite console.

Both companies produced some of our most memorable gaming moments, so let's revisit those glory days by asking: were you a Sega or Nintendo child? Share your thoughts using the comments facility below.

Somewhere in there was a commodore 64 and an atari ste as well.

Then I basically moved to pc's… and haven't actually had a game console since.