Sega has furnished us with the final additional list of built-in games, destined for the release of the Mega Drive / Genesis Mini on 19th September. If you can't remember, Sega has been drip-drip announcing the built-in games, 10 at a time. The nice surprise is that this final announcement includes 12 new titles (not just 10), bringing the total to 42 games. Furthermore, the two bonus titles are actually games that were never made available on the Mega Drive / Genesis.

The 12 new titles are in the final column above and include the likes of Virtua Fighter 2, Dynamite Headdy, Road Rash II, Strider, Alisia Dragoon, Columns, Kid Chameleon, Light Crusader, Monster World IV, Eternal Champions, Darius and Tetris. Those last two titles are called 'bonus' titles by Sega. As mentioned in the intro, not only are they extras beyond the promised 40 titles - but they are special in that they were never originally released as Mega Drive cartridges. 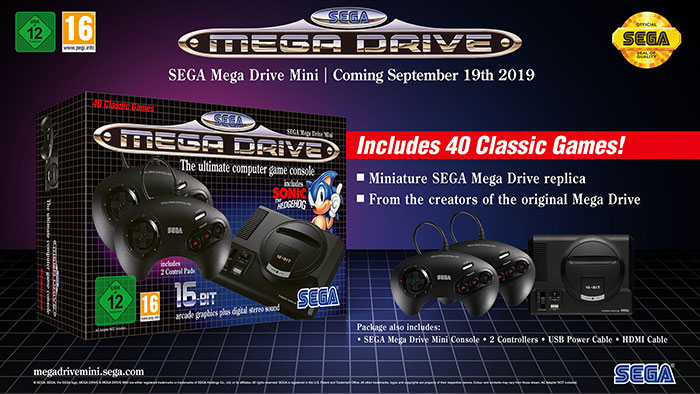 Kotaku reports that the 1987 Taito arcade shoot-em-up Darius port is very likely to be the fan-made port from programmer Hidecade. This game weighs in at 32-megabits which would have made it a very expensive cartridge to make back in the day, apparently. 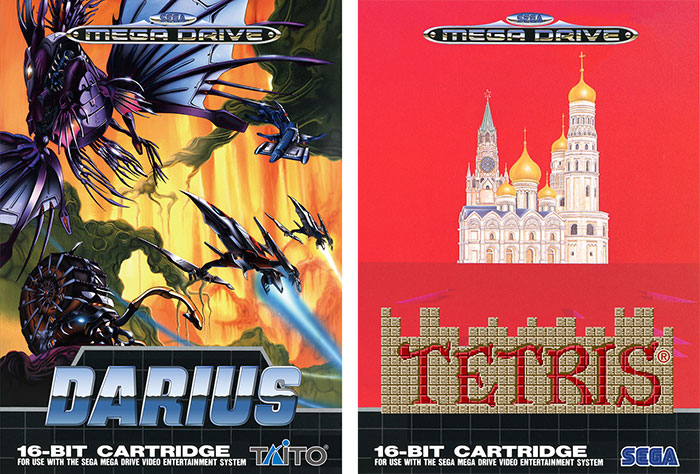 The other surprise, Tetris, won't be the unreleased Mega Drive version from back in the 16-bit console era but an "an all-new, better version," according to Kotaku's Twitter source.

Meanwhile, over in Japan there are some further plans for the mini-console that might not materialise over here in the west. Sega plans a 'Mega Drive Tower Mini' for Japan release, with mini versions of the Mega CD, 32X and a cartridge to plug into the top of the tower (see image below). However, all that extra hardware is just for show, it has no functional purpose. 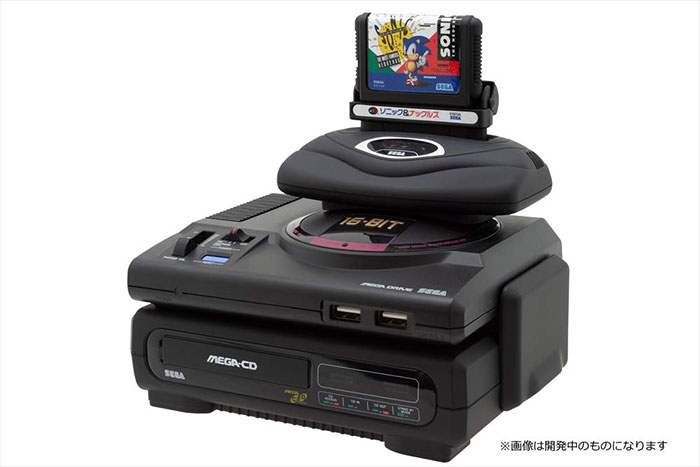 Trouble is they don't need to for it to sell in droves. It opens the posibility of follow ups as well where thet squeeze a bit more coin out of fan boys.

Like you say, they probably have more than that under their own license, physical space for storage isn't an issue, and increased memory capacity would only add pennies, but business is business I guess at the end of the day.
Posted by Ahkey - Wed 05 Jun 2019 13:58
No Sonic 3 & Knuckles, no order!
Posted by DemonHighwayman - Wed 05 Jun 2019 14:13
@Ahkey yeah they could have replaced sonic spinball with sonic 3 or even virtua fighter 2 which if my memory serves, was a terrible port.
Posted by Irien - Wed 05 Jun 2019 14:15
I can never really understand why these retro consoles don't have a little more storage and a built-in app store for buying more games. As it is, they get modded by enthusiasts and used to run “pirate” roms. I know I'd be happy to pay a small amount (let's say five pounds) to download roms that I actually want to play.

This would satisfy those missing their favourite titles (eg. I'm wishing for more Shining games, for example) and allow the manufacturers a future income stream.

I know it would mean an ethernet port or wifi so the bill of parts goes up by a couple of dollars, but you'd think the potential of future revenue would more than justify it. Plus, it'd allow for firmware improvements (cough, ps mini).