Games companies are still mining the rich seam of retro console IP by introducing tiny recreations of the consoles of yesteryear. Sega is gearing up to celebrate its 60th anniversary, and to mark the event will introduce the Game Gear Micro, a Japan exclusive for now, on 6th October. 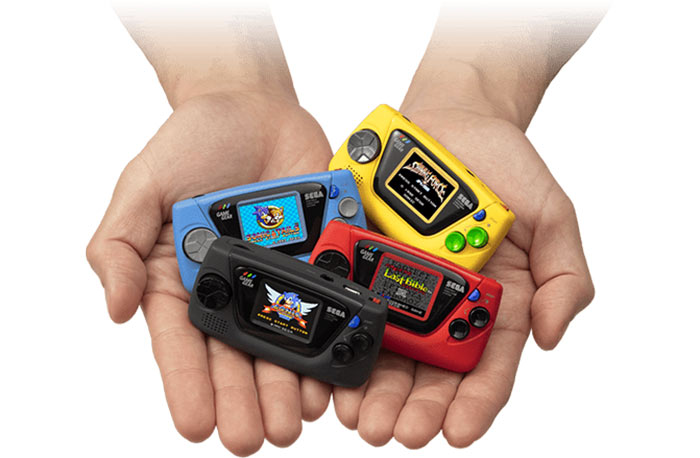 As you can probably tell from the name, especially if you are over a certain age, this portable is based upon the Sega Game Gear handheld a design that coexisted alongside the original Nintendo Game Boy and Atari Lynx. The original Game Gear's screen was rather small compared to today's ubiquitous smartphones - at 3.2-inches in diagonal (8.1cm). However, the new 'micro' commemorative handheld's screen is a tiny 1.15-inches in diagonal (2.9cm). Thanks to this scaling down, the Game Gear Micro actually fits in the palm of your hand.

Other key specs of the device are that it can run between 3 and four hours on a pair of AAA batteries. That's an improvement on the original console which only managed an hour with 6x AA cells. Alternatively you can power it via a microUSB wall wart or power bank. The device measures 80 x 43 x 20mm making this 40 per cent the size of the original console.

Sega is producing a cool nostalgic gaming product which might be a little too compact for some - visuals and controls - but there is another design choice which will put people off. There are four colour variants of the Game Gear Micro handheld console in the pipeline - but all four offer a different set of four installed games. The game selections and corresponding console colour are summarised below: 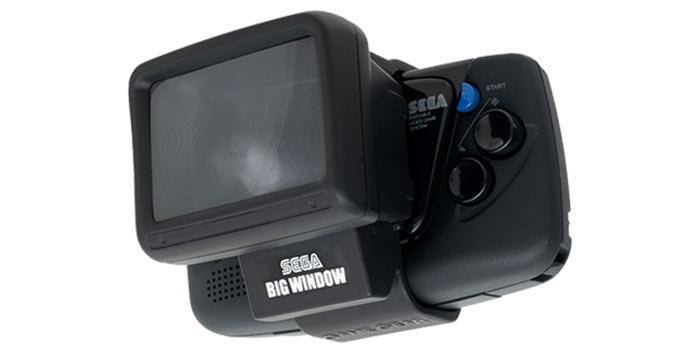 The handheld consoles are priced at 4,980 Japanese Yen, the equivalent of approx £37/$46. If you order the full set of colours Sega will throw in a 'Big Window' magnifier accessory for free. I'm not sure if that magnifier will be available separately, but Sega indicates that it is a limited production run.

Posted by GhostSquirrel - Wed 03 Jun 2020 13:27
Wow, you think the practices of these companies can't get any lower but this is disgusting.

Biggest issue is making people buy 4 separate devices to play all the games, its not like there is enough waste being shat out by large companies just to make a quick buck.

And the “big window”?! if it needs a bigger screen, just include one. I guess one more piece of land fill waste wont matter at this point.
Posted by Yoyoyo69 - Wed 03 Jun 2020 15:29
It's a great device in principle, must admit I was also more than a bit I insulted by them milking for as many additions.

Nothing wrong with the variety, but restricting the games to make you rebuy several is a joke.
Posted by cheesemp - Wed 03 Jun 2020 15:32
Who would buy something with a less than 3cm screen? The graphics may be primitive but that's too small!
Posted by Ttaskmaster - Wed 03 Jun 2020 16:32

cheesemp
Who would buy something with a less than 3cm screen? The graphics may be primitive but that's too small!

Anyone who bought one of them Tamagotchi things, I presume…

It's a cute little novelty. Nothing more.
It looks way too small to hold comfortably, perhaps even for a child. It would have been better served by just charging £150 for one model that has all the games, or perhaps even putting out some kind of proprietary micro-SD like the old game carts. I expect anyone seriously interested in the games will already have them, though, if not on an original Game Gear then on some kind of emulator.
Posted by Nifl - Wed 03 Jun 2020 17:25
Japanese people love novelty items like this. But I doubt it will sell much outside of Japan.