Sega is a video games company with a rich history but sadly bowed out from the consumer console race after the Dreamcast. While it has continued to produce great multi-platform games since becoming software-only, recently it has started to dip its toe in the hardware market following the mini-retro-console fad.

The first mini retro console from Sega, the Genesis Mini / Mega Drive Mini (same console but with name and game selection varying by location) was pretty well received when it launched last year. However, the quartet of Game Gear Micro handheld consoles unveiled last month look like they will appeal to only the most ardent Segaholic nostalgics. The newly unveiled Sega Astro City Mini has much wider appeal again, with what looks like a thoughtful design and generous selection of games for about £100, if it ever comes to the UK. 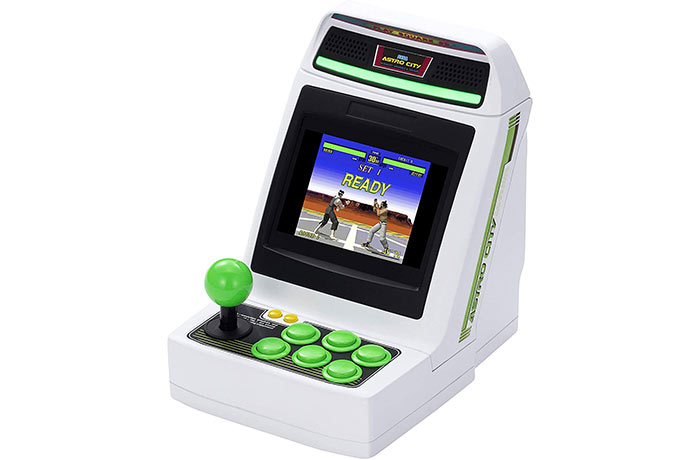 As per its name the Sega Astro City Mini is a diminutive take on the iconic Astro City arcade cabinet from Sega. The form factor is similar to the Neo Geo Mini which came out back in 2018. So you have a desktop standable 'cabinet' with built-in screen, an arcade style control stick and array of buttons. Sega has fitted six microswitched action buttons next to the stick, and there are a pair of buttons for Start and Select too. A 3.5mm headphone jack is also present so you can play in relative silence. 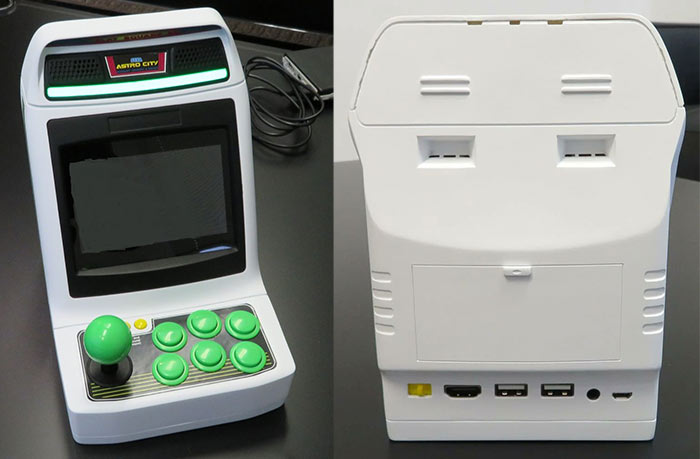 This news release seems to have been a little premature as the official Sega promo site for the Astro City Mini only appeared momentarily. However, sites like Game Watch (Japan) have captured the material and provide links to pre-orders on Amazon. The Amazon product pages share many of the key specs you might want to know (reproduced in the bullet points above) - except for the full games list. At the moment Sega is only confirming 10 titles with 26 more titles "coming soon".

The Amazon.jp price of ￥14,080 for the Sega Astro City Mini translates to about £105 today. If you are interested in matching controllers Sega is selling these too, for ￥3,058 each (£23). The Japan release date, according to Amazon, is scheduled for 31st Dec 2020. 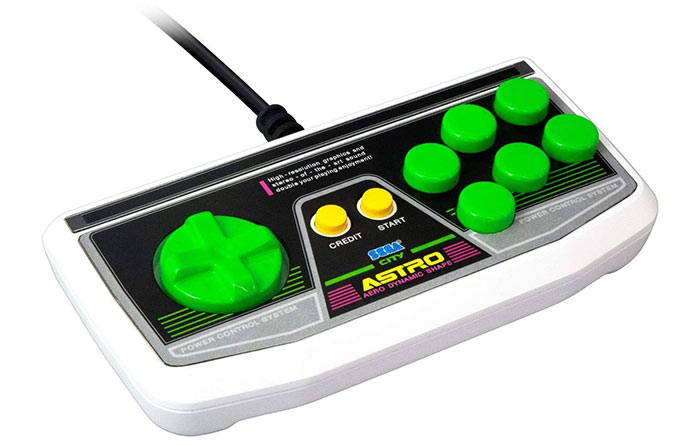