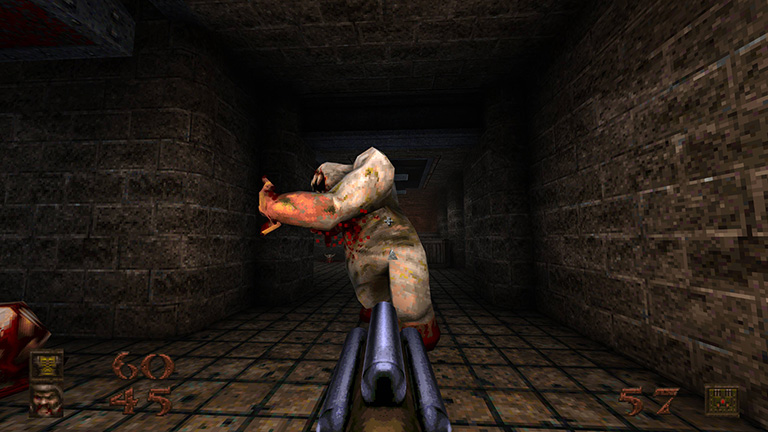 In short, it's a superb FPS, one which the remaster does an excellent job of showcasing. But the remaster goes further still. Firstly, it adds full support for local and online play, breathing new life into what is one of the definitive multiplayer games. Moreover, it brings together all the canonical Quake episodes. This includes the original map-packs, namely Scourge of Armagon and Dissolution of Eternity, as well as Dimensions of the Past, the episode designed by Machine Games (creators of Wolfenstein, The New Order) as part of the game's 20th Anniversary Celebration. You can even download the bespoke campaign for Quake 64, available in the "add-ons" section, which will presumably be filled out with further expansions and mods over time.

On top of all that, Quake Remastered adds a second, brand-new campaign by Machine Games. Titled Dimension of the Machine, it adds five new stages split into eleven levels that see you rocket-jumping across reality to track down five sacred runes. These episodes aren't mere token gestures either. They're hugely ambitious stages, with remarkable environments and complex, maze-like levels. 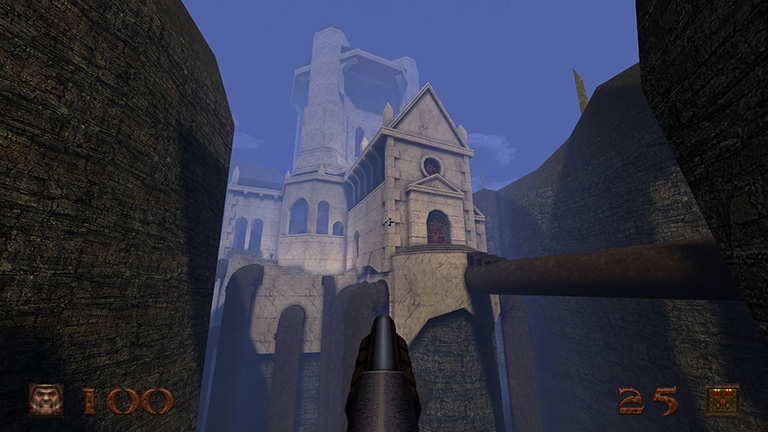 Highlights include Dimension of the Blacksmiths, a fallen fantasy realm whose castles and chapels are sinking into the earth as a consequence of an intensive mining operation. Realm of the Cultists, meanwhile, elegantly plays with a heaven/hell theme, starting you off in a church on top of a mountain, and slowly pulling you down through the church's foundation until you arrive at a vast, abyssal void. They're not as ludicrously huge and elaborate as, say, the Arcane Dimensions mod. But they are considerably larger than Quake's vanilla levels, without feeling like a chore to complete.

As well as being highly imaginative, Dimension of the Machine is also tough as nails. Freed from Quake's file-size constraints, Dimension of the Machine's enemy count is far higher than Quake, while expansion also likes to combine them in fiendish ways. There are also fewer health packs, meaning you need to be more cautious in combat, while weapons are acquired in a different order each episode, forcing you to think creatively with the arsenal at hand. 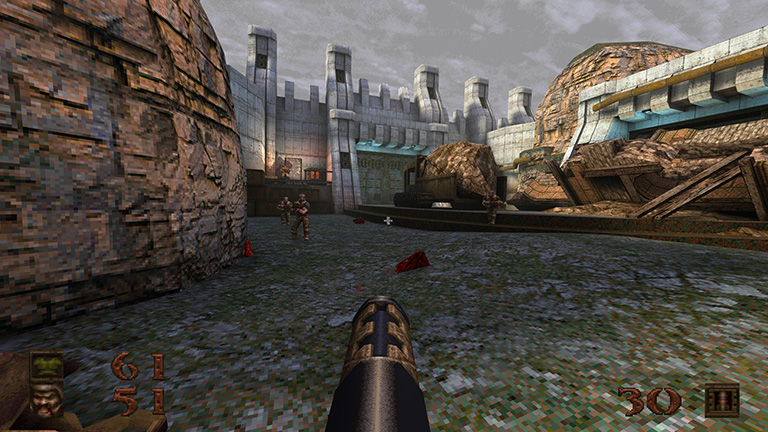 In short, Dimension of the Machine is the cherry on the cake for the Quake Remastered. The only concern about the remaster I have regards the Quake modding community. The largely empty "Addons" section implies that Bethesda has plans to fill it with other Quake content, presumably from the community. But the Quake modding community has thrived largely as a consequence of its independence, and its wariness around publishers and other organisations. Then again, Bethesda has a good historical relationship with modders, as demonstrated by Skyrim. So perhaps Quake has landed in the best possible place for modding stewardship going forward.

Either way, it's hard to argue that Quake Remastered is anything other than a triumph, a meticulous and careful scrub-up of one of the finest shooters of all time. If you've never played Quake before, there hasn't been a better time to do it in a quarter of a century, so hop through that slipgate, soldier, and get gibbing.

It's a bit odd to get used to again, but Quake is a perfect game to play on a laptop….its just as fluid using the Arrow keys, with control to shoot, space to jump, and A Z for pitch. After 10 minutes I was 10 years old again ;D

Still one of my favourite FPS's to blast through.
Posted by Rubarb - Tue 31 Aug 2021 18:44
I have to admit affter downloading it and trying it again after <cough> …..quite a few years, it still retains it's charms and deathmatch it's still as good or better than anything else out there.
Now if I can onbly get the hang of rocket jumping and learn the maps again I doubt you'd notice my 25 year older relfexes :D.
Posted by blokeinkent - Tue 31 Aug 2021 18:55
… firing up Game Pass :)