You are here:
General Systems News

Intel has unveiled a prototype microcomputer called the Curie at International CES 2015. It is a button-sized module that is built and designed to accelerate wearable device innovation and power future wearables. The company is making visible efforts to lead the wearables race after losing ground to ARM in the smartphone and tablets market over the past few years. Concentrating on innovative miniature computing, Intel hosted its first 'Make it Wearable' competition last year, which saw many developers realise and fast track their ideas. 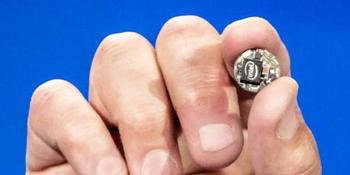 Intel CEO Brian Krzanich showed off the first Curie prototype during the CES presentation, saying that the module will be available sometime in the second half of 2015. The module continues Intel's push into IoT and wearable technology which started with the Intel Edison, a microcomputer the size of a postage stamp announced a year ago. Although the exact dimensions of the Curie were not revealed, the module's tiny chassis means that it could be integrated into wearables such as jewellery and power future high-tech fashion and health tech wearables. 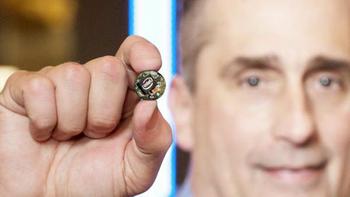 Hoping that it could form an integral part of a wave of new wearable technology devices, Curie packs in a reasonable amount of functionality. Based on Intel's Quark SE system-on-a-chip architecture, which the company claims is its first purpose-built for wearable, Curie can run for extended period from a coin-sized battery and features a motion sensor, Bluetooth radio and battery charging capabilities.

In addition, Intel is providing a complete software solution which is said to help speed the development of wearable products based on the Curie module. This will include a small real-time operating system (RTOS) and reference wearable applications called Intel IQ Software kits. The software includes a set of algorithms, device software, smartphone apps, and cloud integration.

A list of Curie's key specifications is reproduced below:

GeForce Now beta launched on ChromeOS. Type in a URL, plug in a mouse, and play.

AlexKitch
80kB of RAM ought to be enough for everyone