A couple of weeks ago we reported on the leaked branding and specs for the upcoming new Samsung Galaxy Note smartphone. Today Samsung has confirmed that the new Note will be version 7, and that it will launch at a special Unpacked event in New York on 2nd August, at 11am EDT. Simultaneous launch events will be held in Rio de Janeiro (at noon) and in London (at 4:00p.m). 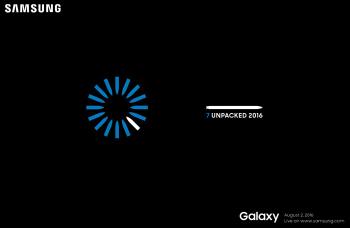 Samsung doesn't provide a lot of information out about what to expect with the Galaxy Note7. It says that "with added functionality of the S Pen and large screen, the Galaxy Note7 is a powerful instrument for achievement and self-expression," but that could easily be said about previous Note incarnations. Without telling us any more details Samsung says "We can't wait to tell you more about it!"

However it is interesting to read Samsung's explanation for the generation jump – why isn't this new Note called the Note6? It puts forward "a couple of reasons" which sound like a single reason rephrased in different ways; "First, the Galaxy Note7 will complement our Galaxy S7 and S7 edge, and unify our product portfolio. Second, the Galaxy Note7 will minimize confusion about the latest mobile technology from Samsung, and provide full alignment with Galaxy S smartphone." So, it's nothing to do with keeping up with its major competitor's smartphone numbering scheme... 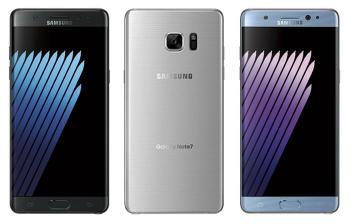 If you are interested in watching the Unpacked event you will be able to catch a live stream at Samsung.com. Shortly after that we can expect recorded videos, promotional feature videos, and a full product page to be published. We should get confirmed specs and pricing information at the Unpacked event. What delay there will be between the Samsung Galaxy Note7 launch and availability isn't known.

66 QOTW: When did you last upgrade your mobile phone?

New releases keep on coming, but are you content to stay put?