An eyebrow raising report about AMD rescheduling the launch of its Zen 3-based Ryzen 4000 series of CPUs has been published by Taiwan's DigiTimes. The English language version of the article is behind a pay-wall but the Chinese language report is here in full, with a better-than-Google-translation available via Twitter's Retired Engineer, which is worth a look (it will prevent confusion between AMD and Supermicro brands (which share same/similar Chinese character names and Google mistranslates)).

The big news in the article, if true (remember this is industry gossip), is that AMD will be extending the lifecycle of its Ryzen 3000 series of desktop CPUs. How is it doing this? Well, it intends to launch the 'Matisse Refresh' processors very shortly - the Ryzen 3000XT series, then it will help partners widen the range of motherboards available, and then sit on its hands… 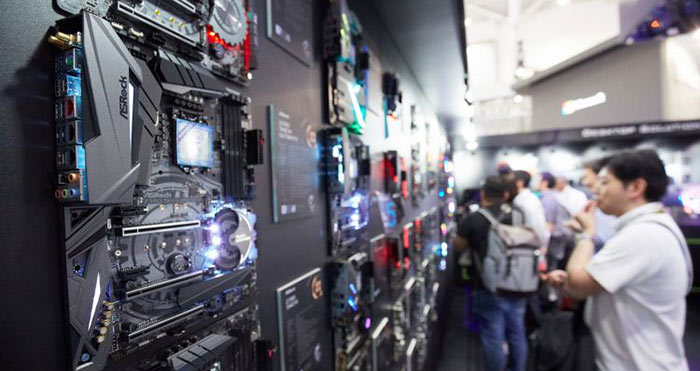 According to the report, once the Ryzen 3000XT parts are out, AMD will be "quietly confident" in its existing market leading CPU offerings - enough to push back on its plans to roll-out the Zen 3-based Ryzen 4000 'Vermeer' CPUs. To quote the translations from Retired Engineer, "AMD is extending its (Ryzen 3000) lifecycle, and definitely will not be launching the next-gen Ryzen 4000 series, based on Zen 3 architecture".

In its most recent investor slides, published about a week or so ago, AMD reiterated its CPU roadmap with Zen 3 on 7nm, and Zen 4 on 5nm. This official statement consigned some earlier 'Zen 3 on 5nm' rumours to the dustbin, but DigiTimes is again suggesting that Zen 3 might "be changed to 5nm EUV process" ahead of launch. The Taiwanese grapevine is currently saying that "the earliest Ryzen 4000 series will enter mass production is the end of 2020," followed by a launch in January 2021 at CES, Las Vegas.

AMD has been able to make these adjustments thanks to both the "mediocre performance of Intel's Comet Lake," and TSMC's faster than expected progress and capacity left vacant by Huawei HiSilicon. Meanwhile, Intel will release yet another 14nm desktop processor family dubbed Rocket Lake no earlier than the end of 2020, and it won't be until the arrival of Alder Lake on 10nm in 2021 that Intel will be able to put up a convincing fight, so the story goes.

As always, please take these industry rumours with a pinch of salt.

"AMD confirms that the rumor on ‘Zen 3’ delay is inaccurate,” an AMD spokeswoman said in a statement Wednesday morning, wrote Gordon Mah Ung, Editor of PC World Magazine. Thus we should still expect to see Zen 3 consumer processors before the year is out.

LSG501
Well looks like I won't be upgrading this year if that's the case. More time to save I suppose, at this rate maybe I will be going threadripper instead lol.

Having said that, if I was AMD, I'd be pushing out as much as I can as fast as I can because as much as I like to see AMD on top for a change, I'd never be underestimating the sheer financial clout that Intel has to speed up development….

The mini-ITX motherboards and SFX PSUs seemed to get harder to get and went up in price a few weeks ago. I was helping my mate upgrade his PC and it was a PITA.