AMD kicked off its Radeon on the Road tour yesterday, at the Akvárium Klub in Budapest, Hungary. The aim is to show off a few Radeon RX Vega GPU based systems, without giving too much away pre-launch, and to build up excitement on the way. The next stop will be the the PDXLAN event in Portland, USA (21-23 July), followed by the grand finale at SIGGRAPH 2017 in LA which starts at the end of this month. 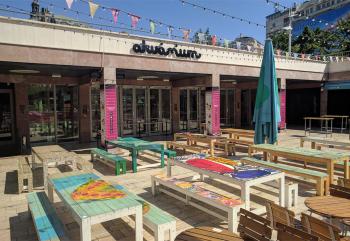 Reddit user szunyogg spilled some details about what happened on the first stop of the tour in Budapest. AMD Radeon RX shared some photos from the event via Twitter and Google Photos.

According to the reports from the Budapest event the showcase was based around two PC systems. The systems were equal in most ways, and based upon Ryzen 7 processors. Of course where the systems differed were in the graphics hardware, and perhaps the monitors too, that is not very clear. 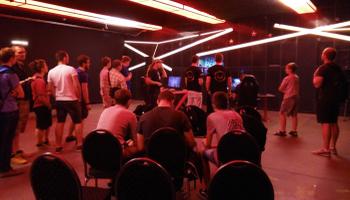 In the AMD corner of course we had a Radeon RX Vega based graphics card installed. The green team was represented by an equal system but sporting the GeForce GTX 1080. This seems to cement earlier indications that its new RX Vega cards will offer comparable performance to the GTX 1080 (non Ti). Unfortunately we don't know if FreeSync and G-Sync monitors were used as the panel model numbers were obscured, for example. It is likely that lots of Asus kit was used, as it was a co-sponsor of the event. 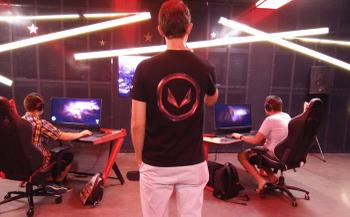 With monitors set at 3440 x 1440 and systems running Battlefield 1 or Sniper Elite 4 users could do a blind test and it sounds like the testers didn't really know which system was which - and perhaps that was the point. With that in mind there was one significant thing in AMD's favour: the cost of the PC system. AMD said that the Vega RX system as demonstrated cost US$300 less than the Nvidia one. Now, if the comparison involved FreeSync and G-Sync monitors about $200 of that can be accounted for by this simple choice. The cheaper cost would be much more impressive if the monitors were equal spec or not included in the system price. 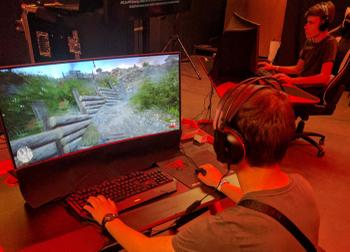 Hopefully the Radeon on the Road event over the coming weekend at PDXLAN in Portland, in its own Radeon RX Vega area, will provide more clarity…

Now, if the comparison involved FreeSync and G-Sync monitors about $200 of that can be accounted for by this simple choice. The cheaper cost would be much more impressive if the monitors were equal spec or not included in the system price.

If you're buying a new graphics card and monitor together then this is definitely a consideration. If Nvidia wish to go down a proprietary route and add costs for monitors rather than an open standard then fair game I'd say.
Posted by Corky34 - Wed 19 Jul 2017 11:30
Just been doing some reading on the event, apparently 3/3 play testers estimated the FPS of one system to be around the 50FPS mark in BF1 @3440x1440, as mentioned in the linked reddit thread that could be the RX Vega system as apparently a 1080 normally hits 75-90 FPS in BF1. :(
Posted by CAPTAIN_ALLCAPS - Wed 19 Jul 2017 11:54
Don't forget, this chip will spend most of its life competing with Volta.

A: My software team wishes this was true:)