Until recently Nvidia has been separating some of its Turing silicon into A dies and non-A dies. This binning process meant that premium overclocked cards in the RTX 2080 and RTX 2070 ranges would feature A die Turing GPUs with better OC potential, and the lower price point 'reference style' cards used the non-A dies. Just ahead of the weekend, a report shared by Tom's Hardware Germany asserted that, going forward, Nvidia partners won't have the choice of A dies and non-A dies any more. 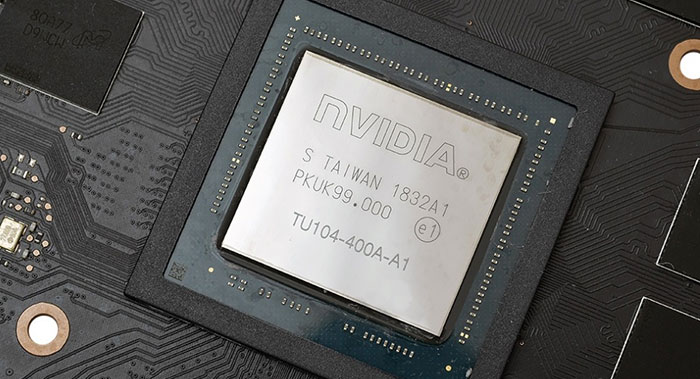 TechPowerUp first noticed the 'segregation' of Turin GPU dies, as indicated above, back in September last year. It said that Nvidia pre-tests all GPUs and sorts them by properties such as overclocking potential, power efficiency, etc and then prices them to AIBs accordingly. 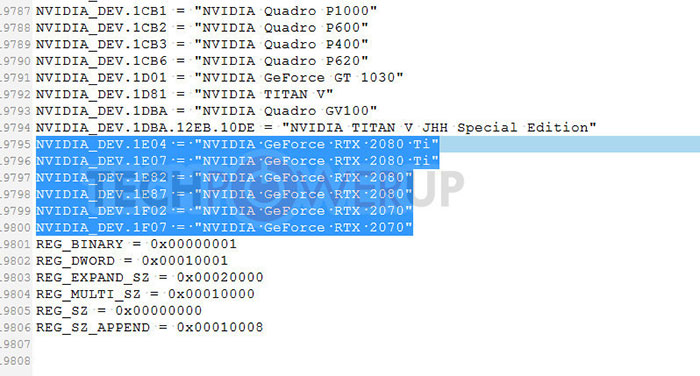 The recent report from Germany says that two new GPUs have already been in production at TSMC for weeks and won't be pre-binned by Nvidia ahead of going to partners. In coming RTX 2080 and RTX 2070 based graphics cards you will be able to open them up to see that they will be based upon the following GPUs:

The revised silicon from TSMC's 12nm process might be good enough now, and be produced in good enough yields, that the die segregation isn't necessary anymore. It would be interesting to see if things are improved at both ends of the spectrum with the new GPUs on their way to AIBs. At the time of writing there is no word on whether Nvidia will follow through with a revised GP102 die to eliminate non-A dies for GeForce RTX 2080 Ti cards.

Posted by AGTDenton - Tue 07 May 2019 11:24
Does that mean they are guarenteeing all dies are overclockable?
Meaning factory pre-overclocking becomes a pointless premium?
Posted by Irien - Tue 07 May 2019 12:17
@AGTDenton - sounds that way, and that would make the most sense for board partners, otherwise they'd have to test each and every board to ensure that it meets the necessary speed bin. That being said, it is equally possible that Nvidia now expects partners to speed-test the parts if they plan to sell overclocked parts (or discourage it).

I think pre-overclocked cards still hold value though, as messing around with overclocking tools can be a bit of hassle, and may interfere with the card's power-saving features or fan controls. I still see value in a pre-overclocked GPU that is capable of stopping its fans when idle, and adjusing noise/clocks dynamically as needed. Not saying you can't achieve that with the tools available, but it isn't completely trivial, and usually voids any warranty.
Posted by keithwalton - Wed 08 May 2019 07:27
Sounds like yields have ramped up to the point that they now all meet the ‘A’ grade, without any pressure from AMD there is no point in creating a new grade for the top bins an ‘AA’ for an RTX 2080Ti+ or Tii etc
Copyright © 1998 - 2022, HEXUS.net. All rights reserved. HEXUS® is a registered trademark of HEXUS.