Last month there were rumours circulating about Nvidia re-releasing the Nvidia GeForce RTX 2060 and GeForce RTX 2060 Super sometime this month. The reports spread from one French source and so far I haven't seen any announcements from AIBs or retailers about the RTX 2060 / Super situation. So that could still happen, but it is very much a rumour.

A few hours ago a more solid report about the re-introduction of old GPUs to fulfil the yearning gap for PC graphics cards was shared by TechTuber TechYesCity. However, the market situation seems to be dictating even more desperate measures to fill the PC DIY store shelves – namely the re-introduction of the venerable GeForce GTX 1050 Ti. 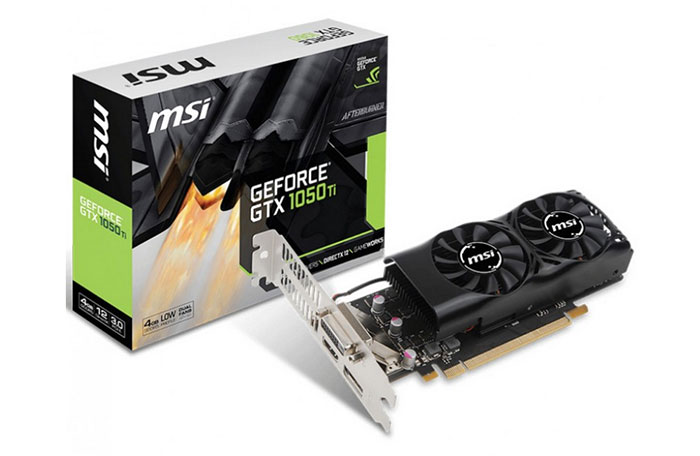 If you are in the market for a new graphics card, it hardly needs saying that these essential gaming PC components are pretty thin on the ground right now. Having a quick look over online retailers in the UK like Amazon and Scan I could only find a single GeForce XX60 card that was purchasable at the time of writing: a PNY GeForce RTX 2060 Dual at £360 with a due date of 30th March… Stock only started to re-appear when I scrolled down the Nvidia offerings as far as the GT710 – gulp.

So there is definitely a void to be addressed and if Nvidia and partners can push out significant quantities of GTX 1050 Ti cards they will likely be welcome to people building a 1080p gaming PC or just making do until the stock of their ideal GPU eventually arrives. Apparently graphics cards with 4GB of less VRAM aren't useful for mining Ethereum anymore, so if such cards are snapped up it is quite definite that they will be used by consumers.

Australia-based TechYesCity says that at least one retailer hasn't seen stocks of GeForce GTX 1050 Ti graphics cards for two years or so, yet they have recently become available again. Indeed, back in January 2019 Nvidia talked to investors about efforts to sell off old GTX 10 family GPUs, so it could move forward with Turing. 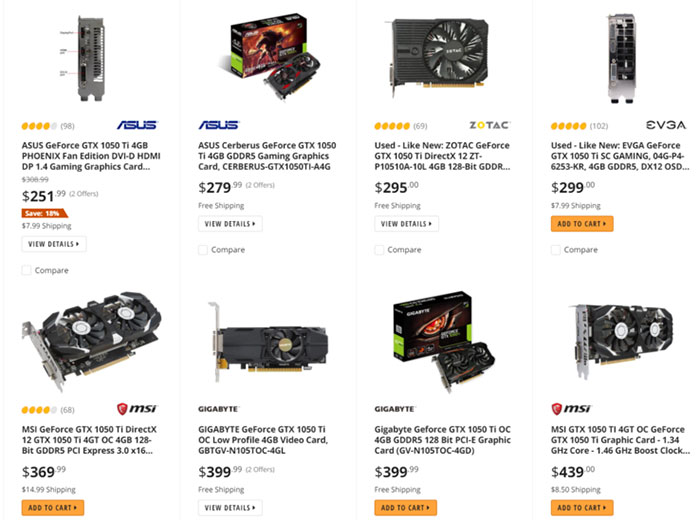 Some Googling by VideoCardz reveals that US site Newegg has multiple RTX 1050 Ti samples in stock and available to purchase right now. The problem is that rather than even selling them at the 2016 MSRP many samples are listed at over US$350 up to $439 for new (not used) models. The UK Scan stock it uncovered is now gone, but I can still see some Palit and MSI models listed at Overclockers, starting from £189. 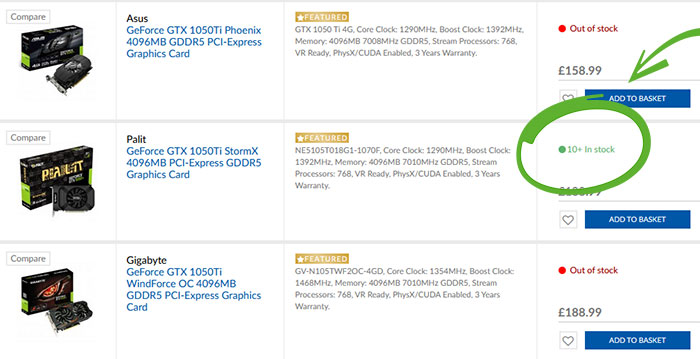 CooperA
I'm still running a 1050TI in my HTPC, it's excellent for emulators as most seem to be optimised for Nvidia rather than AMD. I have an RX580 in my main rig and it does worse on Dolphin, Citra, Cemu and Yuzu than the comparatively weaker 1050TI.

Something REALLY needs to be done now, you literally can not buy a ‘high end’ gpu….I've seen people on forums who are still waiting since release last year (September) for their card… it's not all down to the pandemic after nearly 5 months that's for sure.
Posted by CAT-THE-FIFTH - Thu 11 Feb 2021 16:40
Noise is that the GTX1050TI is being released because of it's use of GDDR5 meaning it isn't great at mining. However,the GTX1650 and GTX1660 were the same,so why not re-release them too??