Unity has announced that Nvidia's AI-powered Deep Learning Super Sampling (DLSS) technology will be available to all developers using its tools. DLSS will be directly supported by Unity's High Definition Render Pipeline (HDRP) in a release sometime later this year. At the currently running GTC21 Unity showed off a demo from Light Brick Studio which was built with Unity and already features real-time ray tracing and DLSS are combined. 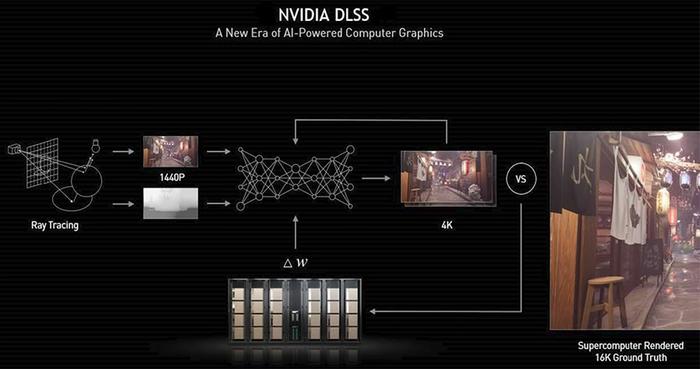 Real time raytracing was added for Unity developers back in 2019, but mainstream graphics hardware isn't quite where it needs to be to run raytracing and path tracing in real time at the resolutions / frame rates that gamers expect / desire, so Nvidia came up with DLSS. In brief, DLSS uses Nvidia RTX GPU Tensor Cores for AI-enhanced upscaling. The AI is trained in various games by Nvidia using deep neural net techniques to come up with high quality upscaled in-game graphics, that easily outclass the blurry upscaling methods of old.

"At runtime, DLSS takes three inputs: 1) a low-resolution, aliased image 2) motion vectors for the current frame, and 3) the high resolution previous frame. From those inputs, DLSS composes a beautifully sharp high-resolution image, to which post-processing and UI/HUD is then applied. You get the performance headroom you need to maximize ray tracing settings and increase output resolution."

The video above shows an example of Apple Arcade's Lego Builder's Journey running with various DLSS settings in a 'benchmark' run (starts at 4 mins 15 sec). Other titles that will definitely benefit from DLSS include VR games, where high resolutions and refresh rates can make a big difference to the quality of the immersive experience. 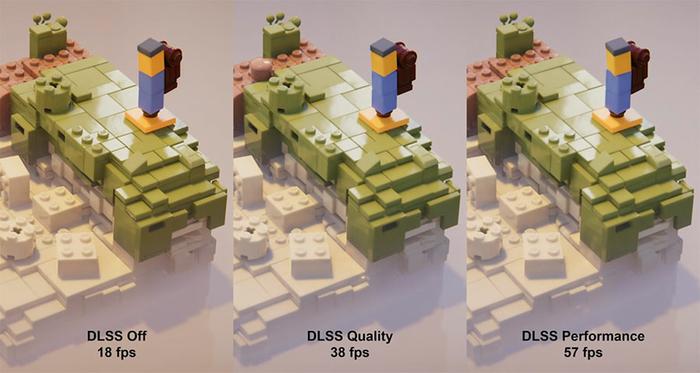 AMD and Intel really need to get their DLSS-alike technologies out there promptly, as Nvidia looks like it is cementing a significant proprietary lead in this tech.

Nvidia DLSS functionality is already available as a plugin for Unreal Engine 4.26.

Other interesting game developer news nuggets from the GTC21 are available to read through on the Nvidia Developer Blog.