Today, as we close in on the end of June, Twitter leakster Komachi has spotted another graphics card maker sharing model names/numbers with the EEC ahead of hardware shipments. This time around it is Gigabyte, and the firm has listed six models in total, all of them AMD Radeon RX 6600XT –based. I've shared the list directly below: 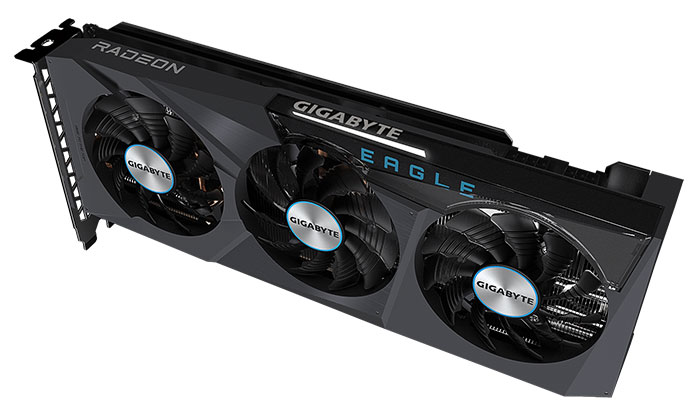 Using knowledge of Gigabyte's codenaming scheme, you can easily surmise that these upcoming Gaming and Eagle family graphics cards all feature 8GB of (GDDR6) memory. This corroborates previous leaks. The non-XT version is also supposed to come packing 8GB.

The AMD Radeon RX 6600 XT is expected to launch shortly, as it was originally scheduled for an "1H 2021" Launch.

cptwhite_uk
Where are we expecting performance to fall in comparison to nvidia's lineup? It's a pretty big cut to the CUs, presume somewhere around RTX 2070 to 2070 Super performance? Needs to be sub £300 to make any sense.