AMD has released its Radeon Software Crimson Edition 16.8.2 driver software in the wake of the launch of No Man's Sky. Support for what you might call the hot gaming title of the moment is one of the highlights of this new AMD driver release. It also offers official support for the Paragon Open Beta and a few bug fixes. As usual, a list of known issues remain, with the consolation that if AMD knows about them and lists them, it is probably wise enough to be working on fixes for them. 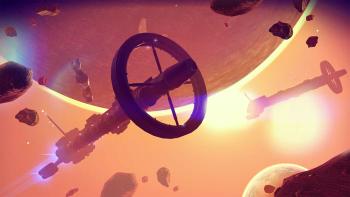 The highlights of the new driver have been covered by the intro paragraph above, so what are the fixed issues? There's just three, but they could be important to you; there's one for Overwatch players, one fixing Freesync issues and another addressing problems faced by users of the latest Windows 10 Anniversary Edition:

Remaining known issues are a very diverse bunch this time around. These issues revolve around various games, Freesync, and various graphics control panel settings. As mentioned in the intro, if you are suffering from any of these software-induced annoyances, it is hopeful that a solution is being worked upon. 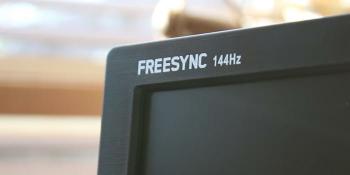 You can grab the appropriate driver for your system directly from the linked AMD release note page here. Scroll a third way down the page and you will find links for AMD Radeon Software Crimson Edition 16.8.2 for Windows 7, 8.1 and 10 in both 32-bit and 64-bit flavours.

Posted by cheesemp - Mon 15 Aug 2016 11:16
Over on the amd reddit its reported freesync still has issues with this driver. Hopefully it should be fixed by the next release.
Posted by Nifl - Mon 15 Aug 2016 12:11
Freesync issues are probably low priority, since very few people actually use the feature. Random crashes in new games are obviously more important.
Posted by chinf - Mon 15 Aug 2016 15:15
A post on Gamers Nexus shows the game has severe problems with stuttering and high variations in performance at a variety of settings on the different cards & drivers they've used (including a Titan X, 980 Ti and RX 480).

The implication is that since the problems are cross-platform, the game needs to be fixed, rather than hoping that NVidia & AMD will be able to release driver updates to fix/workaround the problems.
Copyright © 1998 - 2022, HEXUS.net. All rights reserved. HEXUS® is a registered trademark of HEXUS.