Asus has released an official news statement about its 300 and 400 series AMD motherboard BIOS update plans. AMD will be launching third gen Ryzen desktop CPUs based upon 7nm Zen 2 cores at Computex next month and people are expecting existing motherboards to support the new processors pretty much as soon as they become available.

The Asus statement is brief, so I have reproduced it in full below:

Asus will release BIOS updates for its 300 and 400 series motherboards to add support for next-generation AMD Ryzen CPUs. The latest BIOS update for each motherboard model can be downloaded from the official Asus website as it becomes available.

* For further information regarding CPU compatibility for a specific motherboard, please refer to the latest CPU support list on its product support page on the Asus website following the launch of the latest AMD Ryzen CPUs. 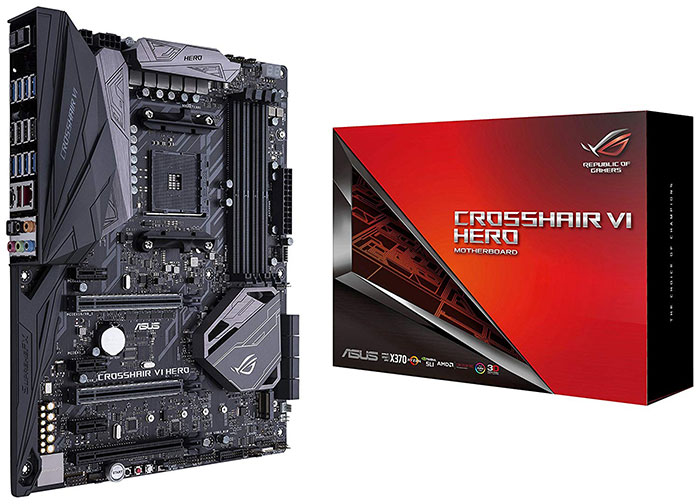 Beneath the above statement is a list of 35 motherboards with BIOS versions set to be released for next gen Ryzen compatibility (reproduced below). Conspicuous by their absence are the Asus A-series motherboards, based on the A320 chipset, but hopefully they will be included in the "additional motherboards," which will be added to the list ahead of when these BIOS files will be needed. 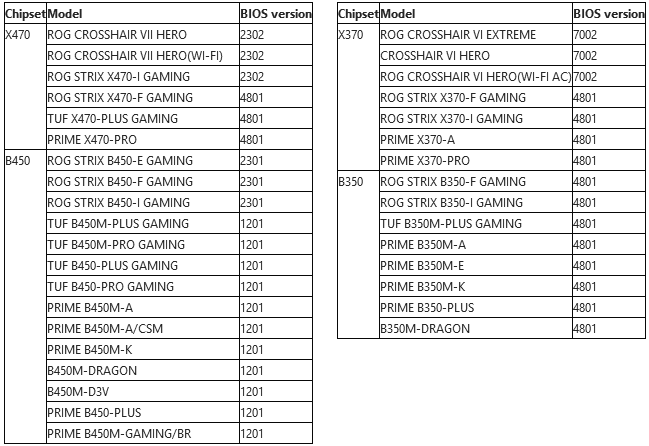 The above Asus news release comes in the wake of a PR blunder by rivals MSI. Earlier in April an MSI support person replied to a customer enquiry about BIOS updates to support next-gen Ryzen processors on 300-series MSI motherboards. The support person erroneously asserted that no such BIOS updates would be forthcoming. Some tech sites and YouTube channels had the pitchforks out shouting betrayal after this statement was widely reported.

In mid-April MSI tried to clear up its PR mess with a news release listing all its 300 and 400 series motherboards that were destined to get updated. Like Asus, above, this list isn't exhaustive but a work in progress that we expect to see fleshed out nearer to Computex.

Bit annoying you cant get the Hero 6 on asus uk site and have to go to their usa site for downloads now.

mercyground
Now if my ram would just acutalyl run at 3200 i'd be happy… (it point blank refuses to run even at loose timings. LPX vengance but its Samsung E die. urgh.)

Is your RAM on the compatibility list? If it is, you may just have some bad RAM and should RMA it. I still went with B-die, but with zero intention of overclocking this time around :surprised:
Posted by mercyground - Tue 30 Apr 2019 21:12

Iota
Is your RAM on the compatibility list? If it is, you may just have some bad RAM and should RMA it. I still went with B-die, but with zero intention of overclocking this time around :surprised: