Raspberry Pi boss Eben Upton has announced that work has begun on an open source Vulkan driver. This news comes hot on the heels of the announcement that the Raspberry Pi 4 is OpenGL ES 3.1 conformant.

Regular HEXUS readers will be well aware of the Vulkan API and its value to PC developers , as well as its growing influence on a wide range of platforms like MacOS, Linux and Android. As Upton mentions in his blog post, the Vulkan API has been designed to make the most of modern compute / graphics hardware - addressing common bottlenecks in OpenGL. 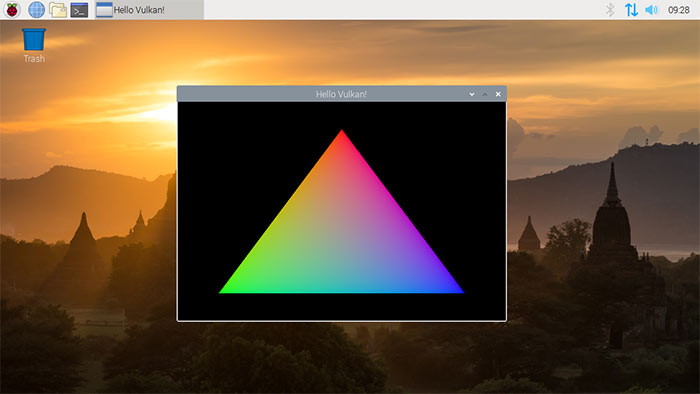 In the image above you can see a screen capture of the 'first triangle' from the work in progress Raspberry Pi Vulkan driver by Igalia. Upton comments that this Broadcom VideoCore VI Vulkan version triangle render is evidence of "flawless, single-tile, RGB triangle out," in the driver, even in this early stage of development.

The very popular single board computer series won't get this officially sanctioned driver very soon though, there is still "a very long development roadmap ahead," comments Upton on the Raspberry Pi blog. 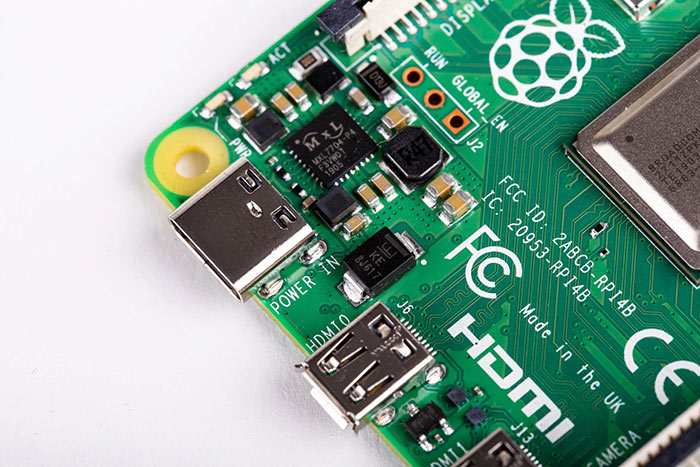 Answering a comment on his blog post, Raspberry Pi chief exec Upton said that it will probably be "six months or so" before a user-testable Vulkan driver for the platform will be released. He went on to estimate that a public beta capable of running a few programs leveraging Vulkan will be available in H2 2020. This Vulkan API project looks like it won't be supported on older Raspberry Pi models.

Posted by JwJB - Tue 04 Feb 2020 15:30
Hopefully this will further improve emulator performance on the pi.
Posted by fend_oblivion - Wed 05 Feb 2020 13:37
This could do wonders for emulation. The difference in performance when you turn on the Vulkan renderer from OpenGL in PPSSPP for example, is huge.
Copyright © 1998 - 2023, HEXUS.net. All rights reserved. HEXUS® is a registered trademark of HEXUS.