You are here:
Software Enterprise News

The famous anti-virus vendor issued a rollback of malware signatures on Thursday that should help assuage these self-inflicted wounds. However because the faulty update is aimed at business workgroups, of which there are many running Windows XP, several big companies suffered a lot of computer down-time due to Symantec’s incompetence. For business, even more than for individuals, time = money.

“The root cause of the issue was an incompatibility due to a three-way interaction between some third-party software that implements a file system driver using kernel stack based file objects – typical of encryption drivers, the SONAR signature and the Windows XP Cache manager.  The SONAR signature update caused new file operations that create the conflict and led to the system crash.” says Symantec in a blog post about the issue. The company says it has learned from these mistakes and it won’t ever happen again. 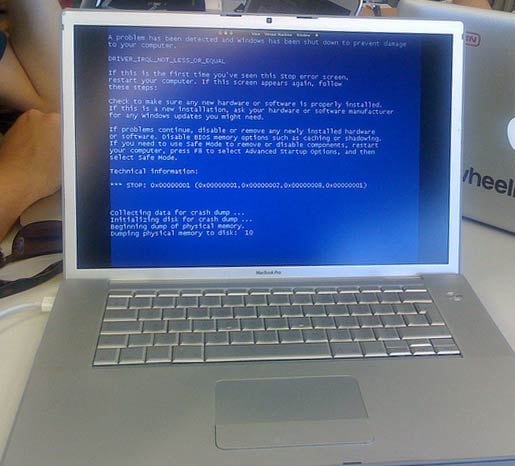 Reuters spoke to a representative of PSO Beheer BV in Holland, this company had 150 computers fail due to the Symantec definitions LiveUpdate. Staff were sent home and a laboratory became unusable. At the time of the Reuters report 300 corporate customers and 60 consumers were known to be affected by the bug.

One customer claims that Symantec has offered compensation for the wasted time and effort required to get machines up and running again. It’s ironic that businesses who pay for this software to keep mission critical business systems running safely and smoothly get stung by it.

iranu
If you install malware such as Norton Anti-virus then what else do you expect?

Hmm, if I'd paid for NAV then I think "do no harm" would be high up my list of expectations. :p

Thankfully I've been NAV free both @home and @work for years now, and I even managed to avoid any comment about incredulity of running any business critical systems on XP (mainly because I've got an XP VM myself)
Posted by Noli - Mon 16 Jul 2012 13:40
Someone should tell these people to that you can get quality antivirus programs like MS Security Essentials, Avast etc etc for free and that they should just give up and stop taking people's money to ruin their computing experience.

Ok ok so I know there is a market for paid AV and that corporates usually can't access free AV but even so, that these guys charge premium rates and still make huge cock ups like this is appalling.