At Supercomputing 2018 (SC18), Western Digital (WD) has announced a new product targeting the in-memory computing market segment. WD envisions the product being used for real-time data processing, application caching, large-scale databases, and acceleration for the data-driven economy. It claims that its solution can provide up to 24TiB in a 1U server for use as virtualized memory without significant loss in application performance. Furthermore, in use the new product is transparent, a drop-in PCIe card compatible with most Intel x86 servers, requiring no changes to the existing operating systems or applications “for near-DRAM performance”. 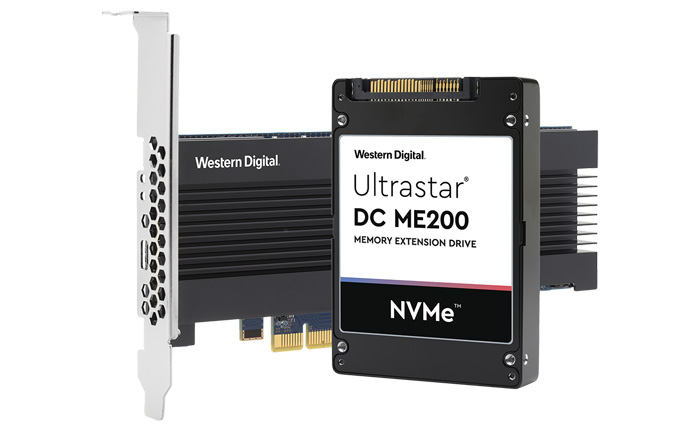 WD’s solution is the Ultrastar DC ME200 Memory Extension Drive. At its heart is an optimised Ultrastar SN200 SSD, which uses planar 15nm MLC (2bits/cell) NAND and WD’s software defined memory over storage tech. Thus, this fast PCIe storage is configured as a virtual memory pool in line with system DRAM, rather than storage.

20+ prefetch, prediction, and optimising algorithms help the Ultrastar DC ME200 Memory Drive work at near DRAM performance levels, according to WD. Users will benefit from significant cost savings over DRAM capacity expansion, and easily bypass DRAM limits set by physical DIMM slots. Some example server application performance figures were shared by The Register, as below: 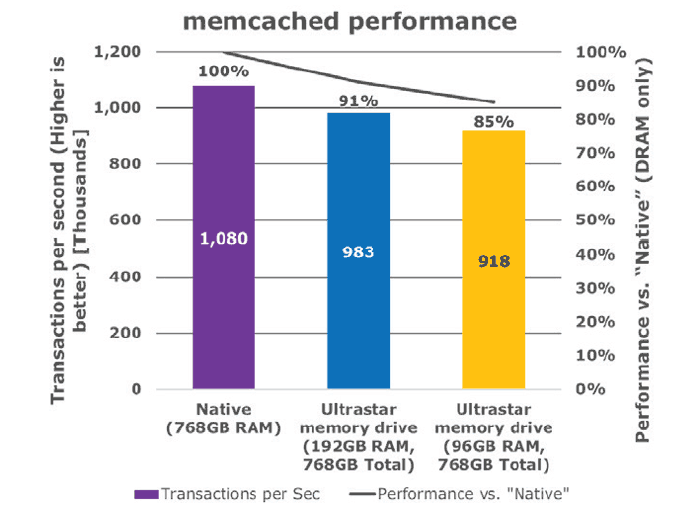 A possible fly in WD’s ointment will be if its 20+ algorithms have bugs, compatibility issues, and or similar problems due to complexity. If no such issues arise then its “new paradigm to in-memory computing relative to the size, scale and cost-effectiveness of the solution,” is very welcome.

philehidiot
How many more FPS do I get in Crysis?

DanceswithUnix
So, it's a dedicated swap drive. Nice.

Does that mean my old jumpers and shirts will come back in fashion as well?

DanceswithUnix
So, it's a dedicated swap drive. Nice.

That was my thought too…and then I was like I'm already doing close to this without any need for a specialised drive, I'm already using my old ssd as a page file/scratch disk.