Elgato, a division of Corsair, has a long history in producing video capture cards. The growth in this segment has exploded thanks to numerous live-streaming platforms such as Twitch and YouTube Gaming, enabling practically anyone to upload and share their gaming experiences with the world at large.

There are many options open to the budding streamer from the Elgato stable, including high-performance internal PCIe cards such as the 4K60 Pro V2, but for those that want a simpler solution without the need to meddle inside the PC, the HD60 S, released in 2016, is more appropriate.

Jumping on the back of its innate ease of use - connect your console or PC to it via HDMI In, connect the HDMI Out to your TV or monitor, and then connect the USB Type-C to a USB 3.0 port on the desktop/laptop you're streaming from - setup is a piece of cake. It's worth knowing that if any port in the chain is not USB 3.0, you may not receive an image at all. And though it is obvious when you think about it, the incoming signal needs to be unencrypted, so you may need to configure a console's HDCP settings, particularly for the PlayStation 4. 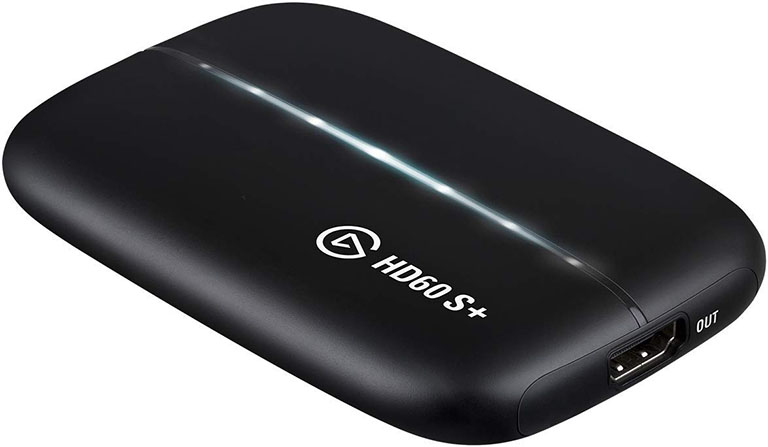 Using exactly the same housing as its predecessor, the refreshed HD60 S+ measures 112mm x 75mm x 19mm (LxWxD). Build quality remains decent, it's easily pocketable, and it sits on a very slightly raised central section that offers a modicum of grip on a desk. The package includes a single, 1m-long HDMI cable and 2m-long Type-C to USB 3.0. It's a shame there's no second HDMI to complete hook-up.

Interestingly, it weighs 115g, which is an extra 6g over the original HD60 S, ostensibly for the improved internals and specification. Speaking of which, the raison d'être for this enhanced model, priced at £180, is its ability to pass-through lag-free 2160p60 HDR (4K), up from 1080p60 (FHD), useful for the latest consoles from Sony and Microsoft, though it is naturally also compatible with the Switch. Do know that 60Hz is the maximum, so you cannot pass-through 1080p240 or 1440p144. For that, you need the PCIe 4K60 Pro.

But that's not the most important thing. It's the capture resolution and quality, where it supports HDR10 capture (on Windows only, though Mac is supported for non-HDR capture) at up to 2160p30. Not only is this good for high-quality streams, it also makes sense for creatives and video guys. And for those that care about quality, the improved internals offer 60Mbps max bitrate, up from 40Mbps. 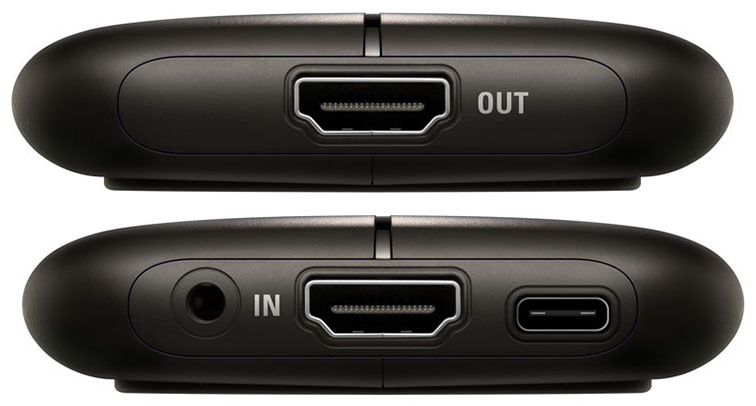 Setting up is a five-minute affair, though do understand that you need a fairly decent laptop or computer to connect to. Elgato says the minimum spec is Windows 10 64-bit, at least a 4th Generation Core i5 CPU, and an Nvidia GeForce GTX 10-series GPU, for its encoder. You see, the HD60 S+ doesn't feature a baked-in hardware encoder, so the heavy lifting is done by the HEVC encoder on the GeForce GPU.

The unit is compatible all of the popular streaming software out there - OBS, XSplit, Stream Elements, et al, but their interfaces can prove daunting for novice users. To that end, Elgato offers its own, simpler Game Capture and 4K Capture programs.

With no drivers to install as the device has USB Video Support (UVC), the HD60 S+ is geared towards novices as much as experienced users. Hitting up the 4K utility from a 2160p60 feed and capturing at 1080p60 provides a crisp, clear recording.

It's actually recording all the time by default, under a feature called Flashback Recording, and you can slide back to an earlier time and save a particular segment retrospectively.

One problem afflicting cheaper USB capture units is the very slight delay between the direct, pass-through video and what's being captured. We compared the video displayed on another monitor with the 4K utility footage and found no evidence of lag. Coming to the same conclusion another way, playing a game by looking solely at the 4K Capture utility felt like it wasn't coming through an intermediate card, meaning that anything you may be commenting on is, in fact, in real-time.

The Elgato HD60 S+ is an incremental improvement over the HD60 S. By now offering HDR10 support and higher-resolution capturing, at up to 2160p30, along with UVC, the specification uptick brings it more up to date.

Streaming goes from strength to strength. The latest puck-sized capture box from Elgato, priced at £180, or £30 more than the standard S, makes a solid case for itself if HDR and capture at 2160p30 is important to you. In an ideal world, where USB 3.0 bandwidth wasn't the defining constraint, we'd like to see the spec encompass 2160p60 capture and, more pertinently for many, high-framerate recording at, say, 120fps or 144fps.

A step up from the likes of the Razer Ripsaw and battling it out against the AVerMedia Live Gamer Ultra, Elgato's long-standing history in capture makes it a solid bet at the asking price. 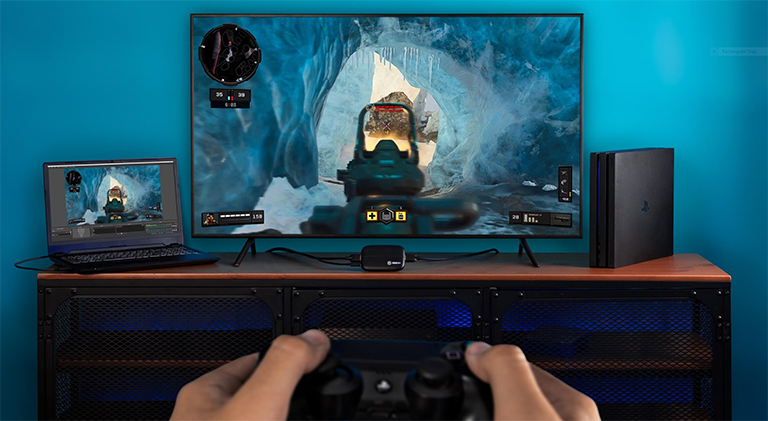 The Elgato HD60 S+ is available from Scan Computers.

Read inside for more info about the latest HP Omen keyboard, mouse and headset.

Posted by excalibur1814 - Thu 13 Feb 2020 20:41
Be careful! If you're currently using an older Elgato card as, if you're used to the software also recording your mic and webcam together to make one super easy video for upload, the NEW software does not support this option.

No review seems to mention this. What was once really easy, with (For example) the internal pcie card, is made much harder by the new devices/4k card.

It's for people that don't want to stress their hardware and for console gamers that don't want to use the standard streaming.
But yes, almost all GPUs come with hardware encoding and modern mid-/high-end CPUs are capable enough to encode 1080p60 while playing a game.
Posted by Spud1 - Fri 14 Feb 2020 10:44

Yes, it will. What's more, your PC will be able to cope capturing/streaming with ultrawide & g-sync, which is something capture cards (Currently) cannot achieve.

This specific card and tbh most others now are really aimed at the console market and for that, they do a brilliant job. If you just want to stream from your PC though and you have a modern GPU or CPU, you will likely find you can stream as well as or better with just your PC & OBS.
Posted by j.o.s.h.1408 - Fri 14 Feb 2020 17:19
i got this exact one and its brilliant. i use it as a webcam for video meetings with clients using my Sony A7r3 camera paired with a 35mm Sigma f1.4 prime lens