For many years, mechanical-storage devices were the de facto standard for PC data storage, and shopping for your desired drive was as simple as picking a hard-disk of the required capacity.

The simplicity of the choice, combined with the rising capacity and falling cost of hard-disk drives, had users gobbling up more terabytes than ever before. Storage capacity became less of a concern, but one problem remained; mechanical storage devices continued to serve as a bottleneck for overall system performance.

Today, a new breed of storage solutions is available to help eliminate that bottleneck, and this guide will help explain what's what in the world of modern-day storage.

Since its emergence in 2003, the Serial Advanced Technology Attachment (more commonly known as SATA) has become the clear successor to Parallel ATA, and is now the preferred choice for connecting storage devices in the vast majority of consumer desktop PCs.

With a list of improvements that include reduced cable-bulk, support for native hot-swapping and significantly faster data-transfer rates, SATA has become integral to the modern PC, and though it is largely invisible to the user, it remains the industry's first choice almost a decade after its inception. 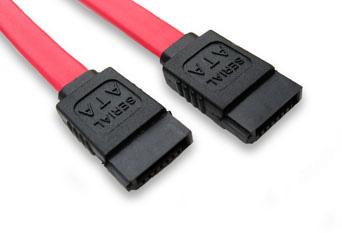 How has the SATA interface managed to keep ahead of the curve for such a long period of time? The answer lies with its subsequent revisions. At the time of its creation, the first SATA revision was capable of communicating between a host PC and storage device at an uncoded rate of up to 1.2 Gbit/s (154MB/s). That was fast in 2003, but performance of mechanical drives soon began to reach the upper limits of the SATA interface and the desire for more throughput was met by a revised standard dubbed SATA II.

In its heyday, SATA II was capable of theoretical transfer rates of up to 3.0 Gbit/s (300MB/s) - practically double the speed achieved from a typical 7,200RPM hard disk. More than enough headroom to keep speed freaks happy for a fair few years, it seemed, but then came high-performance flash drives capable of breakthrough speeds of up to 500MB/s.

In order to quench the thirst of these high-speed storage solutions, the Serial ATA International Organisation released the third SATA revision - dubbed SATA 6Gbps - in 2009. As the name suggests, the latest SATA standard provides a peak throughput of 600MB/s - making it the preferred choice for high-speed flash storage solutions, also known as solid-state drives. With industry heavyweights such as Intel and AMD integrating the backward-compatible SATA 6Gbps standard into their 2011 chipsets, the interface is now filtering through to the mainstream, and supporting storage solutions are becoming readily available.

Bandwidth is up, and the good news for consumers is that the physical connector hasn't changed. The seven-pin SATA data cable continues to serve all modern-day SATA storage devices, and the interface is backward compatible - meaning your SATA II hard disk will function as expected when connected to a SATA 6Gbps interface.

SATA 6Gbps should be high on the list of requirements for performance users, but the seemingly limitless scaling of flash-based storage has also encouraged manufacturers to explore solutions beyond the third-generation SATA interface.

In order to remove the constraints imposed by the SATA bottleneck, a range of enthusiast-grade storage solutions have in recent years been designed to communicate via the PCI Express (Peripheral Component Interconnect Express) interface. 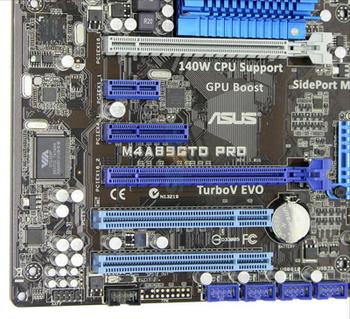 PCI Express 2.0 - the most common PCIe interface on today's motherboards - offers data rates of up to 64Gbps, representing over a 10x boost in throughput over SATA 6Gbps.

The sheer speed of PCIe storage solutions has plenty of appeal to enthusiast or workstation users, but the cost of these extreme drives can rise into thousands of pounds depending on capacity.

Despite dating back to the early 1950s, the entry-level solution that continues to serve the vast majority of consumers is the cheap-and-cheerful hard-disk drive (HDD).

The mechanical device features rotating platters from which data is magnetically read from and written to. Read-and-write heads, attached to an actuator arm that moves in an arc, provide access to the entire surface of the platter as it spins at speeds of up to 15,000 revolutions per minute (RPM) in high-performance environments.

5,400RPM and 7,200RPM speeds are most common among consumer-level disks, and it's worth noting that both the time taken to access data on a hard disk (access time) and the delay in bringing the required sector of the platter under the read-write head (latency) are heavily dependent on the mechanical nature of the moving parts - they can only move so fast. Hence, the higher the rotational speed, the quicker the disk, generally speaking. 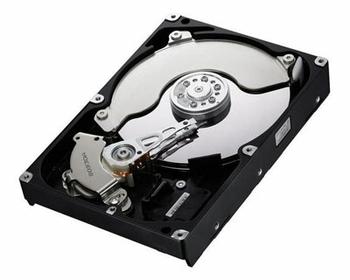 Raw speed, however, isn't a hard-disk's forte, but what makes these storage solutions so appealing is continuous advancements in areal density, allowing for greater capacity in the same form factor.

As of early 2011, 3.5in hard disks are available in capacities of up to 3TB, while falling costs have reduced the cost-per-GB to under five pence.

The idea of solid-state disk storage has also been around since the early 1950s, but only in recent years has the SSD become a viable alternative to the traditional hard disc.

Built to use non-volatile flash memory chips, an SSD can electrically erase and reprogram data without any moving parts. In comparison to the hard-disk, an SSD is significantly less prone to failure - the solid-state nature of the device makes it far more tolerant to shock, altitude or vibration, and there are obvious performance improvements, too.

Moving away from rotating platters and seeking heads, the near-instant-access memory chips of an SSD provide a typical random access time of less than 0.1ms, as well as very low latency and exceptional sequential read performance. 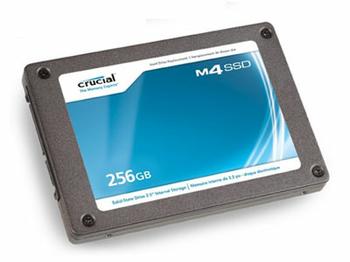 Reviews from leading online publications have shown that upgrading from an SSD to a HDD can have a profound effect on overall system performance and responsiveness, and the speed of solid-state storage has increased dramatically over a short period of time. Last year's SATA II drives impressed with read and write speeds in excess of 200MB/s, but 2011 models - armed with a high-speed SATA 6Gbps interface - can push performance beyond the 500MB/s mark.

The potential speed is impressive, but there are other significant advantages, too. Due to a lack of moving parts, SSDs are practically silent in use, generate little-to-no heat and typically use less power - resulting in prolonged battery life on notebooks, for example.

There are plenty of positives, but there's also a catch; flash memory chips aren't cheap, and solid-state drives are consequently more expensive on a cost-per-GB basis than a traditional hard-disk. Whereas hard-disk pricing has fallen to below 5p-per-GB, SSDs, in early 2011, will fetch on average more than £1-per-GB. In order to keep the high cost of ownership down to a palatable level, solid-state drives - in 1.8in, 2.5in or 3.5in form factors - are being sold in relatively-low capacities.

Each aforementioned drive type has its merits, but what if you could marry the capacity of a HDD to the speed of an SSD? That's what some manufacturers are trying to do with what the industry now calls the HHD - the hybrid hard-drive. 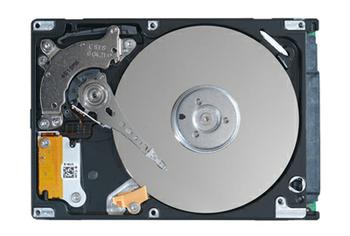 The above example of a HHD - a 2.5in Seagate Momentus XT - uses all the moving elements of a traditional hard-disk, combined with a 4GB non-volatile flash memory chip akin to those used in SSDs. The trick here is that the memory chip is used as a read-only cache of frequently-accessed data.

Using an algorithm that monitors the access patterns of the user, the drive is able to store frequently-used data in the 4GB of flash memory for near-instant access. The end result, at times, should be SSD-like performance, with the drive's mechanical platters only stirring into motion to read data which is not in the cache, and to move data from the write buffer to the platters when nearly full.

The best of both worlds? Perhaps, but while the hybrid hard-drive combines the speed of flash memory with the capacity of high-density platters, it also carries other unwanted hard-disk traits - including a limited tolerance to shock, increased noise when the platters spin up, and sub-optimal performance when accessing data outside of the cache.

If money's no object, or performance matters most, consider a PCIe storage solution. Designed to bypass any potential SATA bottleneck, these unorthodox drives typically slot into a PCIe x4 interface that provides a theoretical throughput of up to 16Gbps. 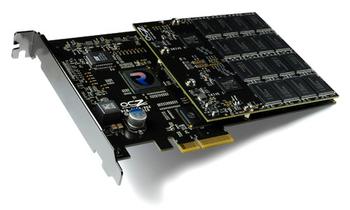 In an effort to use all of that available bandwidth, drives such as the OCZ RevoDrive X2, pictured above, make use of multiple SSD controllers on a single printed circuit board (PCB). It is essentially a couple of SSDs tied together in a RAID 0 array for optimum performance, and the end result is nothing short of astounding.

While a high-speed SATA II SSD can reach speeds in excess of 200MB/s, the RevoDrive X2 breezes past the 700MB/s mark, and it continues to offer many of the benefits of a conventional solid-state drive - including near-instant access times, no-noise operation and virtually no chance of mechanical failure.

But if one SSD is pricey, the cost of two or more attached to a single PCB is going to be understandably high. Here's a hint; a 960GB version of the above-pictured drive currently fetches £2,500.