Jon Peddie Research (JPR) has released its latest quarterly report on the State of the graphics card market. In an interesting turn of events, the headline is that Q1 2018 was a record breaking quarter for Add-in-Boards (AiBs). The AiB market grew 6.4 per cent compared to the previous quarter where the 10-year seasonal average is minus 4.1 per cent. At the same time desktop PC sales decreased by a significant amount, 24.5 per cent. 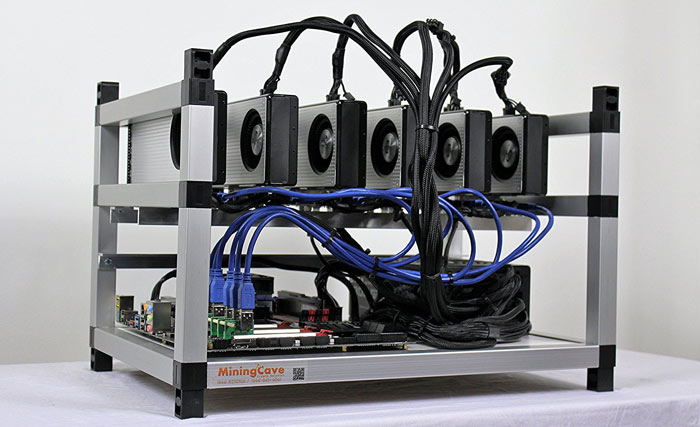 Reading the above you are likely to conclude that the market distortion is down to something not mentioned so far in this article, GPU-based cryptocurrency mining activity. If such activity managed to boost AiB shipments out of its seasonal Q1 lull, then the market should brace for a sharp reversal, according to a computer industry report published about a month ago. Apparently the demand for cryptomining equipment based upon PC graphics cards and motherboards dropped unexpectedly at the beginning of April. Of course that big change won't be reflected in the Q1 figures…

Already we are seeing graphics card prices dropping to MSRP or near prices (especially those from the Green Team). Further pressure is likely to come, as the market readies for next generation graphics cards. JPR notes that in a traditional Q2 in the AiB market there is a "significant drop in Q2 as OEMs and the channel deplete inventory before the summer months". This will be made more severe by the cryptomining demand downturn. Q3 is traditionally a restocking month and when early adopters can get new AiBs and then Q4 is where new AiB sales take off in the run up to Xmas. 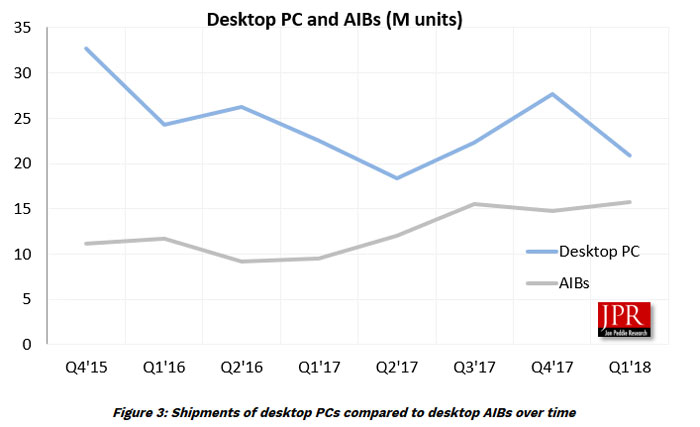 Other observations from JPR are that:

If you are interested in more data from JPR, you can head on over to the site and purchase the full 111 page market report, as summarised in its blog post.

Not a shock when graphics cards and ram shot up in price taking system prices with them.

Not a shock when graphics cards and ram shot up in price taking system prices with them.

I was gonna buy a new rig but after RAM pricing went absolutely crazy my older rig seemed fine :D
Posted by deepblue08 - Wed 30 May 2018 19:46
After many years of building custom machines, I concluded that the best time (at least for me) to build a new rig, is every-time there is a RAM generation change. DDR vs DDR2, DDR2 vs DDR3, DDR3 vs DDR4 and so on…I'm running DDR4 now, so I'll wait until DDR5 comes around. This way you have more time to shop around and can avoid these crazy price jumps.