Back in September we first heard about Intel planning to outsource some 14nm production to TSMC in Taiwan. The reason for Intel’s initially surprising decision was that it couldn’t meet demand for its 14nm products, such as processors and chipsets, so the economics of the situation made outsourcing a pragmatic move. Intel has previously crowed about its manufacturing supremacy and how its 10nm process “is a full generation denser than other 10nm” parts, so it is eating humble pie right now as it continues to make its 10nm process viable. 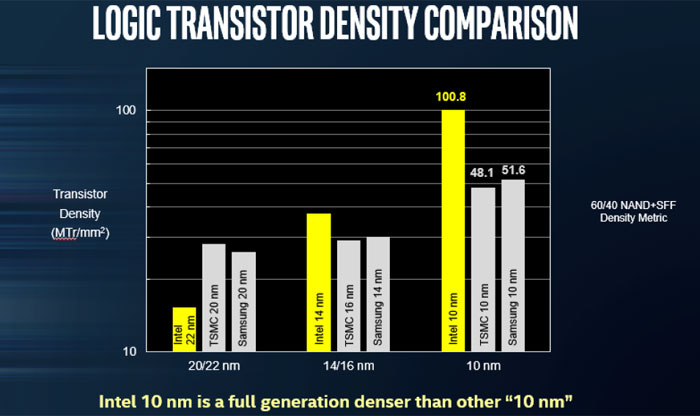 Today, Taiwan’s DigiTimes puts some more flesh on its earlier exposé, though Intel has no confirmed or denied these “market rumours”. Its sources say that Intel has begun planning the outsourcing to TSMC. In brief, Intel will continue to produce its high-margin Xeon and Core CPU production in-house, while entry-level Atom processors and some of its chipsets are allocated to TSMC production lines.

Earlier this month Intel said it will “invest an additional US$1 billion in 2018 expanding its 14nm manufacturing sites,” which it had previously tried to avoid, hoping for it to be replaced by 10nm capacity coming on line.

DigiTimes sources say the two companies have been in talks about this outsourcing strategy since mid-2018. As mentioned in our previous article, Intel has used TSMC in a similar role before – it made Atom-based SoCs in 2009, and SoFIA handset SoCs in 2013. 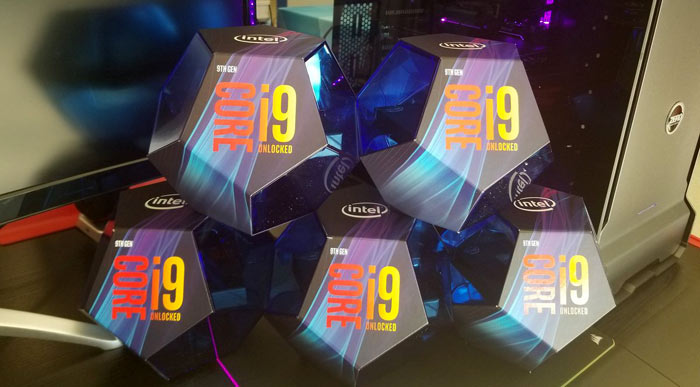 TSMC won't be making these

In case you missed it, last week Intel asserted that it was “making good progress on 10nm”. Then it followed up with expectation busting Q3 2018 financials towards the end of last week. In statements accompanying the financial results Intel execs said they were more confident than ever of meeting volume 10nm shipping targets (Holiday 2019), and that it has “repositioned some 10-nanometer to 14-nanometer,” to satisfy consumer demand.

Posted by SlickR - Tue 30 Oct 2018 15:02
Who cares, when TSMC already has 7nm available in full production and in two years are going to have 5nm? GloFo are also coming back and putting 7nm on the table, with the process to be ready by q3 2019.
Posted by Corky34 - Tue 30 Oct 2018 15:23
I guess most people with an interest care, despite node sizes becoming mostly marketing hype over a decade ago, for example TSMC's 7nm is actually closer to Intel's 10nm.

Also got any further info on GloFlo reintroducing 7nm as google is letting me down.
Posted by watercooled - Tue 30 Oct 2018 17:31
It's quite interesting given how Intel have been a fairly self-reliant and like to insist on their lead in manufacturing technology. It's still only fairly recently they've started some contract manufacturing for other non-competing companies, though you don't really hear much about that. IIRC Altera was one of the first but they were subsequently acquired by Intel.

Am I remembering it correctly, that TSMC have produced some of these Atom cores in the past through the likes of the sofia chipsets sold with Rockchip branding? IIRC that also had something to do with those chipsets having an integrated modem - something which was more readily achievable on TSMC's process at the time.
Posted by lumireleon - Wed 31 Oct 2018 07:32
soon all AMERICAN companies will be swallowed by ASIAN tech giants (except APPLE & MICROSOFT)….THE AMERICAN DREAM is gone. The only thing left with the west is SOFTWARE- which is the simple part the harder part: hardware has been taken by Asians so we are left to wonder if Asians begin taking the software part of things?
Posted by Tabbykatze - Wed 31 Oct 2018 12:46

lumireleon
soon all AMERICAN companies will be swallowed by ASIAN tech giants (except APPLE & MICROSOFT)….THE AMERICAN DREAM is gone. The only thing left with the west is SOFTWARE- which is the simple part the harder part: hardware has been taken by Asians so we are left to wonder if Asians begin taking the software part of things?

Why do you keep spaffing this crap? What is your objective? To prove your anti asian values to anyone who will listen?