Valve published the latest Steam Hardware Survey (SHS) data just ahead of the Easter weekend. There aren't any sharp movements to be seen, and indeed that would be a rarity, but there are some interesting trends and milestones to observe this month.

The most popular graphics card among Steam users remains the Nvidia GeForce GTX 1060. It looks set to stay that way for quite some time with its considerable lead. The rising GTX 1650 is still significantly behind in third place. With rumours of a re-introduction it might be the second placed GTX 1050 Ti that takes the crown later this year, if anything, but it actually slipped a little this month. 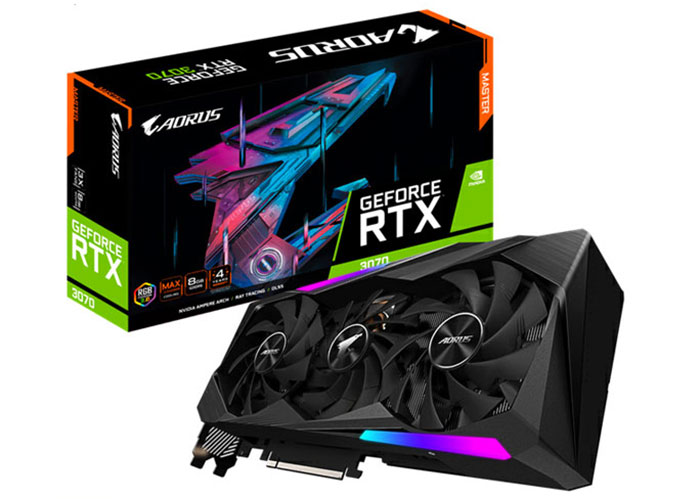 The biggest graphics card riser of the last month is the Nvidia GeForce RTX 3070. It climbed 0.17 per cent last month to take 17th spot in the chart with 1.29 per cent of Steam users owning this GPU. This result might be somewhat surprising given the well publicized shortages of Ampere GPUs out there. However, it is the only Ampere GPU in the top 20. I wonder what portion of these RTX 3070 GPUs are in laptops... 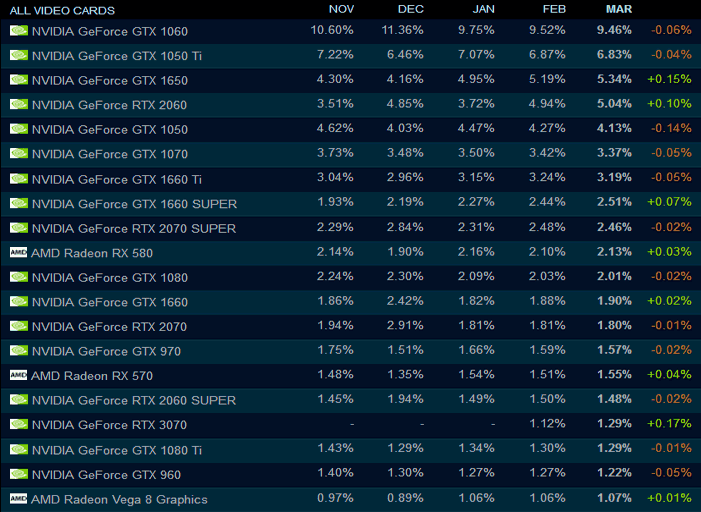 Above you can see the current top 20 GPUs among Steam gamers. Nvidia Pascal dominates the top half of the chart. Among the 20, AMD only has the duo of old Polaris graphics cards in there, Radeon RX 580 and 570, with the last spot of the table taken by the Vega 8 integrated graphics present on some of its APUs.

AMD enjoys a much rosier picture and immediate outlook with regard to the CPU charts. Its Ryzen processors have grabbed an additional half a percent market share in the last month and are nearing the 30 per cent user base milestone. The current trend suffered a slight blip, in Intel's favour, in December. That is likely to have something to do with supply issues, which seems to be easing now for AMD Ryzen 5000 series desktop CPUs. Additionally, AMD enjoyed quite a good number of design wins in gaming and other laptops at the CES at the start of the year.

Elsewhere, I note the adoption / upgrading of systems to 16GB RAM is up half a per cent in the last month. There seem to be lots of 8GB folk upgrading right now, with most plumping for 16GB but a good portion also reaching 32GB. The 16GB minimum makes sense with the latest AAA games, and the larger 32GB quota is probably a popular choice for demanding multi-taskers and games streamers. Users moving to CPUs with more cores continues, with significant gains in users owning hexa-core and octa-core CPUs in the last month (physical cores). 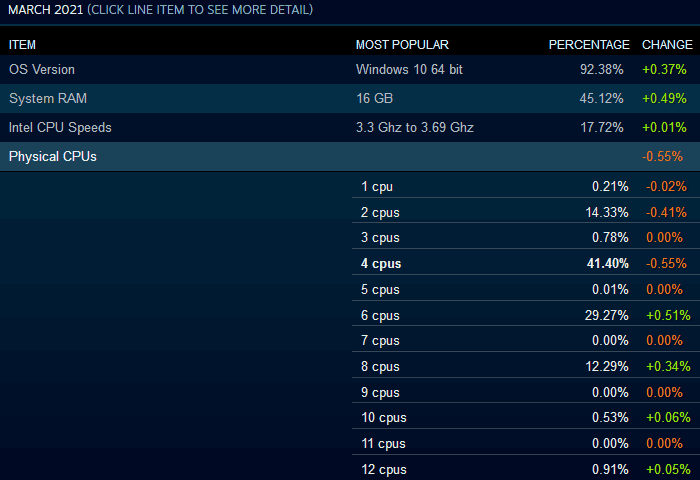