If you have ever suspected that a significant proportion of smartphone app updates are made so the publisher can stuff in more pervasive adverts in more formats, then the following news will only confirm such feelings. Google is about to push "a lot more ads on phones," according to a recent Verge report. Users will start to see more ads in core Google apps, some that have never contained adverts before, and there are going to be various new kinds of ads that appear to be image/animation heavy. 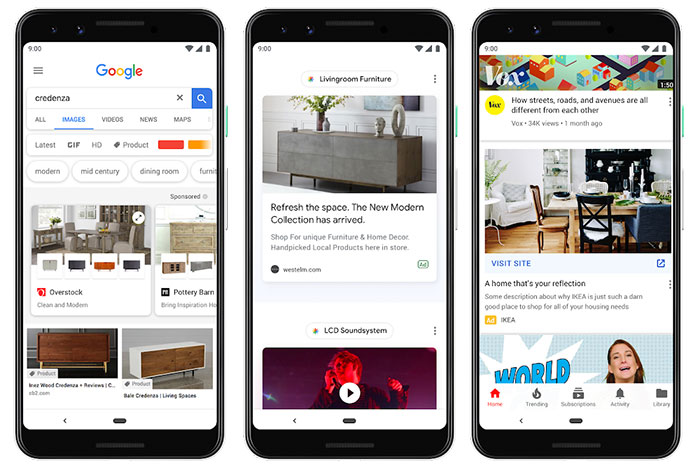 The biggest change seems to be destined for the Google app. Depending on your Android phone this app will be automatically summoned via a swipe as the discover feed app. On my phone with Nova launcher it opens up when I touch the G logo in the search widget twice. In this feed Google is planning to insert Discovery ads. This new ad format will appear in a similar form to the non-advertising discovery feed items, with a headline, feature images and text snippet for further info. It should be clear they are ads or sponsored content though as they will have a small 'ad' badge in the corner.

Another new ad on the way will find its way into your searches on your Android mobile. Gallery ads will become widely deployed later this year. You will have already seen this format of information presentation if you recently searched for a movie, for example, on your smartphone. The gallery shows a scrollable array of up to 8 images beneath a suitable headline and above some descriptive text. Furthermore, the ad can expand for users to quickly delve deeper. A good animated GIF example of this type of ad is shown in a new report from SearchEngineLand. 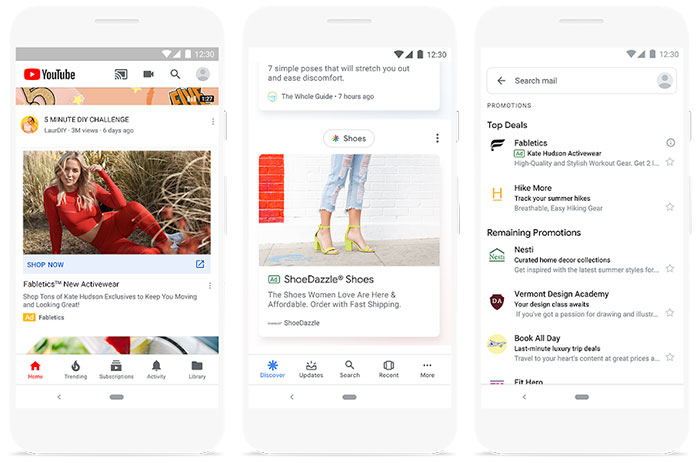 In other tweaks, there will be more ads in Google Maps "in recommended search queries, on routing pages and during navigation," according to a Reuters report. Regular YouTube app users on mobile will be well aware that this popular video watching app is already rather stuffed with advertising formats but they will be getting the new ad formats too, alongside recommended videos, for example.

Perhaps the best question is - what core apps won't Google be inserting ads into? I've just checked the dialler and calendar apps - nothing yet…

First ads are set to appear in the Blaston VR duelling game in the coming weeks.

All part of its mission to "bring the joy and community of gaming to everyone on the planet."

Another recent trial was doubling its 100Mbps tier download speeds from 10 to 20Mbps.

First, I regard ANY ads as intrusive. This started wjth junk through the door, which mercifully has more of less stopped. Why? This thread exemplifies why - it's cheaper, and probably more effective, to do it electronically

Second it's Google. What did you expect. They can no more deny what they are then a dung beetle …. though the dung beetle has far nicer habits.

Third, I've ignored smartphones until about 2 weeks ago when a friend gave me his old one ‘to try". I still haven’t got around to adding any credit (PAYG, obviously) and this kind of thing serves to remind me just why I never had one before. It also brings me VERY close to just gkving it back, wjth my thanks for the offer.
Posted by darcotech - Wed 15 May 2019 13:59
So time to install those ROMs with all bloatware removed?
Posted by scaryjim - Wed 15 May 2019 14:07
I was already considering Windows Launcher and switching to the core MS apps for my next Android phone. If ever there was a way for Google to push me towards Microsoft…. :rolleyes: