You are here:
Internet Industry News

Google's Stadia game streaming service launched last November but there weren't that many games available and device support was limited too. It seemed a surprisingly lack lustre launch for a company with the clout of Google.

In February we saw a big expansion in Android phone support. Adding to the Google Pixel support available at launch, Google included a plethora modern Samsung Galaxy devices (S8/Note8 and newer), as well as Asus and Razer branded gaming smartphones, in its updated support lists. This greatly increased the potential audience for Stadia on mobile. At the time it was recommended that you use your favourite Bluetooth gamepad to game, or you could use Google's Stadia controller connected via USC Type-C.

Late last week Google increased its OnePlus smartphone support, and as per our headline, enabled Stadia on all Android devices. Google is still maintaining an officially supported devices list for optimal play. However, people are now welcome to try and play games on Stadia "with any Android phone that can install the Stadia app".

This 'experimental' feature is good if you won a lesser known but powerful device. It just requires a bit of extra box checking to get started. To enable the 'in development' support you must download the Stadia app, "navigate to the Experiments tab in your Settings menu, and choose 'Play on this device'," says Google. You will find other features to test in the experiments tab from time to time.

Google has started to enable mobile touch controls in the Stadia app. Gamers can add a virtual overlay of transparent buttons and pads, which many mobile gamers will be familiar with. See and example layout below, showing the Stadia specific buttons like Assistant and screenshot along the top. 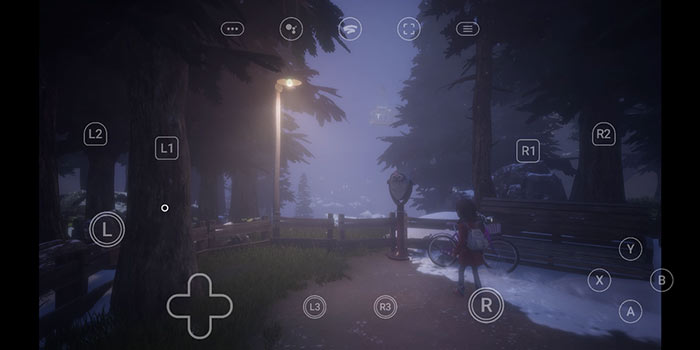 Last but not least, Google is enabling users to change their resolution for each device they play on. You will find the setting to choose the maximum resolution supported on any device under the performance tab in the app.

I was just thinking there was more excitement and commenting on BT's new Openreach Turdband service….
Posted by Saracen999 - Mon 15 Jun 2020 20:58
I can get Stadia support on my new phone?

Whilst it's a closed system, with expensive games and unacceptable latency issues, it's not going to work. Normally, you would forgive Google a commercial failure because the technology they are launching is new/innovative/existing/etc - but this doesn't fit into any of those cateogries.

Shame really! I'm all for progressing game streaming, but not when I need to re-purchase all my games to use the service.
Posted by cheesemp - Wed 17 Jun 2020 09:39

Spud1
They could make it run on my watch, fridge, car or even the dog, and it still wouldn't matter.

Whilst it's a closed system, with expensive games and unacceptable latency issues, it's not going to work. Normally, you would forgive Google a commercial failure because the technology they are launching is new/innovative/existing/etc - but this doesn't fit into any of those cateogries.

Shame really! I'm all for progressing game streaming, but not when I need to re-purchase all my games to use the service.

I was also put off by the launch price (for controller and Chromecast) being more than the cost of a new motherboard. Its not like they priced it cheap to get it kick started.

This just all feels to little too late. This should have been the case from launch.