Like HTC, Sony hasn't got a new flagship smartphone to show off at the current MWC in Barcelona. However that hasn't stopped it presenting an interesting new range of mid-range smartphones and various mobile accessories. The Japanese firm has brought 'reimagined' next gen capabilities to the Xperia X Performance, Xperia X, and Xperia XA. In terms of new accessories it is showing off further 'smart products' such as the Xperia Ear, Xperia Eye, Xperia Agent and Xperia Projector.

Sony's new X-Series are said to provide intelligent technology and acclaimed Xperia features in camera, battery and design. In that way it sound similar to the new midrange LG X Series with their specialisms - but the range isn't so clear cut in the Sony lineup. In camera capabilities, for example, the two more expansive examples of the Sony X Series, the Xperia X Performance and Xperia X use an all-new Predictive Hybrid Autofocus which lets you choose a subject and predict its motion to capture the perfect shot. 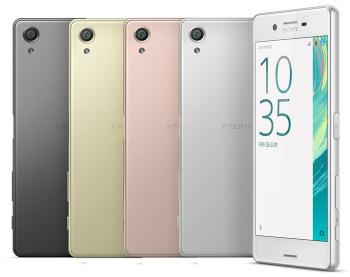 Across the range you will find Sony's smart battery management should enable up to two days battery life between charges. Another commonality is the design. Sony says that these X Series phones are made with premium materials, texture and curvature for the most natural palm fit. All are available with matching style covers and in four finishes; White, Graphite Black, Lime Gold and Rose Gold.

While the three X Series phones are all 5-inch devices the internals are quite distinct. For simplicity of comparison I've tabulated their key specs below:

These new Android 6.0 Marshmallow smartphones will start to become available from Summer. Pricing is yet to be announced.

Sony is seeking to provide a wide range of Xperia branded smart accessories to sell alongside its range of mobiles. Of particular note at the MWC are the following:

Xperia Ear: This is a 'next generation' wireless ear piece. It doesn't just take phone calls but will provide useful, timely, geographically relevant information right to your ear. It can also respond to commands, ask it to make a call or search the internet, for example. The Xperia Ear connects to your smartphone over either NFC or Bluetooth. It is lightweight and comfortable enough to be considered for continuous wear. This earpiece is IPX2 water resistant and offers all day battery life. The carry case doubles as a charging receptacle.

Xperia Eye: This is simply an ultra compact, wearable wide-angle lens camera. You can pin it to your clothes to enjoy a natural field of view and facial and voice detection for image capture. 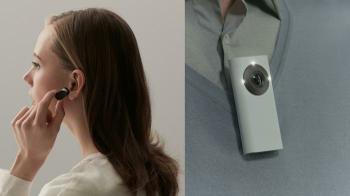 Xperia Projector: This device can project onto any clear surface and the projection will respond to touch, gestures, and voice - just like your smartphone.

Xperia Agent: is a personal assistant device which responds to voice and gestures providing information, communication and smart home controls. Its usefulness is bolstered by a built-in camera and projector. 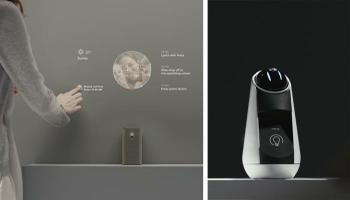 cptwhite_uk
I know I'm becoming a bit obsessive about phone size but the XA is even slimmer than my Nexus 5 which should make very comfortable to grip. Shame it's the runt of the family.

I completely disagree. My only niggle about the Nexus 6P is that it's so thin that it makes it difficult to pick up from a flat surface and I'm petrified that I'll drop it one day. The Note5 has a similarly slim frame, but has a slight curve to the back which helps in this regard.

The Nexus 5's different as it has a slightly rubbery cover, and its ‘grippyness’ is utterly brilliant and I wish more phones would adopt it - it's not especially pretty, but boy is it effective.