This year the iconic Invaders are back again and this time the action is even more extreme! The game combines the essence of the original game and combines it with futuristic graphic design, cutting-edge audio, overhauled gameplay and a whole new range of power-ups.

The differences between Space Invaders Extreme and the previous release are:

Space Invaders Extreme 2 is due for launch on October 2nd on Nintendo DS. 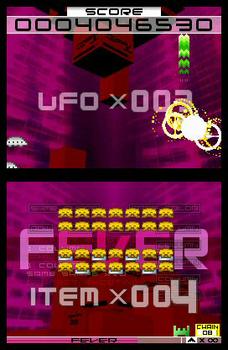 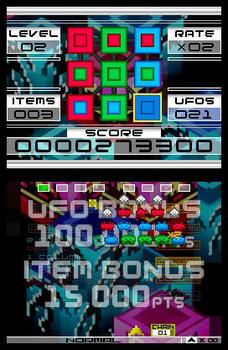 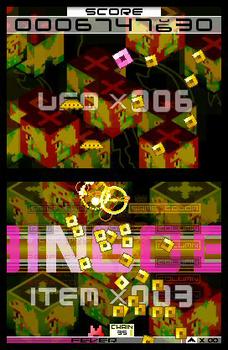 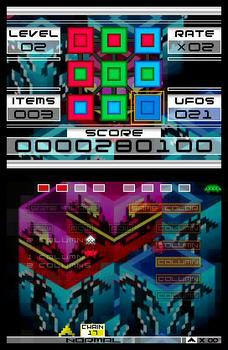 Posted by Mithrandir - Thu 10 Sep 2009 11:41
The first space invaders extreme was excellent.
This one should be great.
Posted by Salazaar - Thu 10 Sep 2009 13:29
Hopefully there'll be an XBLA release for this one as well. I'm sure it's great on the DS but it's also fantastic on a widescreen telly with surround sound :p
Posted by simonw - Thu 10 Sep 2009 15:29
The first one was ok, I played it on both DS and PSP. The thing I didn't like was there was too much going on in the background, so it made it difficult to see the bullets flying around and so on.