Late on Friday Nintendo issued a profits warning. The Japanese firm had previously expected to make profits of ¥100bn for the period ending 31 March 2014 but this headline figure has been revised to a loss of ¥35 billion. In Tokyo today the markets reacted and shares plunged by 18 per cent as trading began.

Now the Tokyo markets have closed we find that the share price recovered steadily during the Japanese trading day and ended at just six per cent down on Fridays closing price. Perhaps that’s because of the info from the post-results press conference started to filter though and calm investors down. 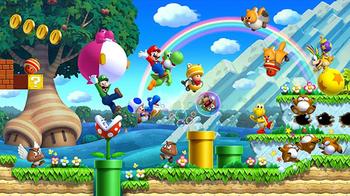 Company president Satoru Iwata spoke to nervous investors and soothed them with hints of Nintendo putting games on smartphones. Iwata said he was thinking about a "new business structure" and "given the expansion of smart devices, we are naturally studying how smart devices can be used to grow the game-player business." He added a warning that "If we stay in one place, we will become outdated". However he said that there isn't a simple quick fix coming "It’s not as simple as enabling Mario to move on a smartphone." At least he said 'smartphone', as previously we had only really heard about a Nintendo Android tablet in the works for educational style activities and games. 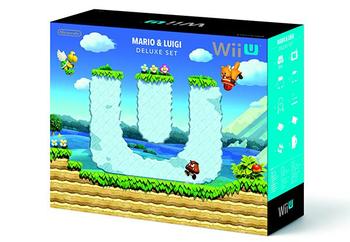 Looking back at the announcement of an operating loss on Friday, there were drastic cuts to sales forecasts of both the Wii U and also the relatively popular 3DS handheld behind the numbers. The BBC reports that Nintendo lowered global Wii U sales forecasts from 9 million to 2.8 million consoles – that's an approximate 70 per cent cut. Additionally the 3DS sales forecast was reduced from 17 million to 13.5 million units. An analyst talking to the Beeb offered a slightly different view to Iwata, above, concluding that "We believe Mario on mobile is coming," – it is that simple.

The firm has until December 2022 to renew its FIFA licensing.

Posted by anselhelm - Mon 20 Jan 2014 14:02
Such a shame just how thick-headed and stubborn Nintendo is that it takes something like this to make them see some sense.

It's one of the reasons that I've love for Disney to buy Nintendo: they'd actually get the most out of their franchises, rather than letting Nintendo squander them.

I just hope that Nintendo realises how awful overall the Wii U really is compared to even previous generation consoles.
Posted by Scow Captain - Mon 20 Jan 2014 14:19
The Android tablet stuff was fake.

The Nintendo 3DS outsold anything PlayStation or Xbox last year in the US, Japan or the UK. Smartphones and tablets may be a long-term problem but the short-term catastrophe is the woefully marketed and ill-thought out Wii U.
Posted by MrCanzine - Mon 20 Jan 2014 14:45

anselhelm
It's one of the reasons that I've love for Disney to buy Nintendo: they'd actually get the most out of their franchises, rather than letting Nintendo squander them.

I differ on that view, as I see Disney a lot like Nintendo. They have a lot of IP, but I don't see Disney overly using their past IP's. We aren't seeing any new Cinderella movies, more Lady&Tramps, barely any Mickey, Goofy or other original characters coming out into new movies and games. Seems like it's been a long time since anything Alladin came out too. They take their most popular franchises and sell the heck out of them, but once they've lost some appeal they get put on the back burner to make room for their new projects.

I'm sure Nintendo will come out with another Star Fox game or Metroid at some point, but it won't become an annual franchise, even if Disney bought them out.
Posted by MrCanzine - Mon 20 Jan 2014 14:48
Nintendo has already said in the past they were looking at smartphones for small Nintendo experiences. I've a feeling that's still what they're talking about, but people are now taking their low sales forecasts and company being pressured, and turning what they're saying into “They're going to start moving to smartphones completely” type stuff.
I'm fairly certain they're still only going to focus on small experiences on smartphones to pique interest in their full blown games and hardware.
Posted by Nobull - Mon 20 Jan 2014 16:08
Sadly, I feel it's only a matter of time before Nintendo goes the way of Sega and is reduced to making games for other companies' consoles. Shame because Nintendo really do make unique games that are more creative and think outside of the box. I loved my N64 to bits, but the big N has been on the slide in the home console stakes since the Gamecube IMO.