On Friday CD Projekt Red released the first major patch for Cyberpunk 2077. Rather than introduce new features at this stage, Patch 1.1 was rightly created to address the numerous bugs in the game that remain, even though CDPR has applied multiple hotfix updates since release. Unfortunately, it has already been spotted that one of the bug fixes creates another – a save state killing bug. 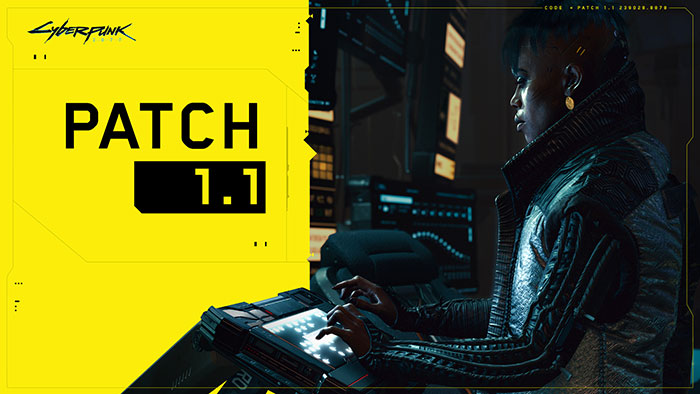 CDPR's Cyberpunk 2077 Patch 1.1 is available for all platforms; PC, consoles, and Stadia. There is a long list of fixes across all platforms, as well as some platform specific ones. As per our headline, stability was a major focus of Patch 1.1. CDPR has implemented memory usage improvements over many aspects of the game – which helps game stability and performance. Another focus for bug zapping was in loading saves and game opening/closing.

A lot of the bugs fixed regard glitches in missions. Examples include bugs that meant Takemura wouldn't call in 'Down on the Street', Jackie could disappear in 'The Pickup', and opening the package wouldn't update 'Space Oddity' – and many more. PC gamer reports that the 'Down on the Street' fix has introduced another bug which could be worse. "Now Takemura can call the player and just... not speak. And that's it," notes the magazine. Attempting to load an older save won't fix this new problem however; CDPR already has a user workaround available if this bug gets you. 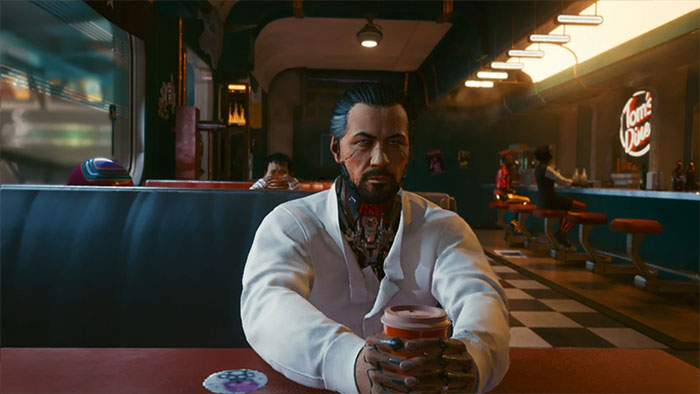 On the PC Cyberpunk 2077 Patch 1.1 weighs in at roughly 5.4GB on Steam, or 1.1GB on GOG. The larger patch for Steam is likely because some Steam-specific bugs have been fixed – Steam achievements working offline. The other noted PC fix is for game startup crashes on systems with Nvidia graphics cards.

After Patch 1.2 has continued the work we see here, CDPR plans to start the rollout of the first free DLCs, and then provide the free next gen console updates before 2021 is out.

Posted by cheesemp - Mon 25 Jan 2021 11:48
I'll be interested to see if how they fix this for last gen reduces the experience on PC/next gen. After all the amount they will likely need to reduce to make it work on last gen must be pretty extreme given the lack of CPU grunt available. Personally I'm waiting for the next gen patch (I have a series X) so this extra delay on that patch means it'll be even longer before I buy it.
Posted by PlusNomad - Mon 25 Jan 2021 16:24
Anyone else think that because the leniency the extra performance new GPUs can afford, we're going to continue seeing the trend of games being released as unoptimised messes and then just fixed slowly by small teams after the money is initially raked in? We've seen it with Microsoft, especially around AoE2DE (The biggest disaster of devs I've ever seen) and Aoe3DE which had so little testing they didn't discover it had a common issue of deleting system files and preventing people booting their PCs one patch. I know its slightly what they've been doing but Cyberpunk was a whole new extent
Posted by Ttaskmaster - Mon 25 Jan 2021 16:40

PlusNomad
Anyone else think that because the leniency the extra performance new GPUs can afford, we're going to continue seeing the trend of games being released as unoptimised messes and then just fixed slowly by small teams after the money is initially raked in?

That trend came about outside of New GPU arenas and it will continue so long as people still pre-order and/or pay full price for half-done games.
Like GPU drivers, most games that come out these days are borked in some way, which is why I never get them on release date.
The inevitable DLC and high asking prices are why I also tend not to get them when they're new… Truth be told, I usually just wait until they're cheap in teh sales, or get the Ultimate All-Inclusive Super-Duper GOTY editions… even those that weren't actually on anyone's GOTY lists! :D
Posted by PlusNomad - Mon 25 Jan 2021 16:46
Took me to early 2020 I think to buy Doom 2016, in 75% off on sale. Great game, worth it for the price I paid, not worth full price. M&B Bannerlord as well, still waiting on that to come on sale. Its less of a jump to what we were used to playing as the jump Floris was to warband. DD:A as well, offered LESS content than the base game DD1 on release, still not caught up. Not to mention the many DLCs which on sale combined with the base game (dd1) cost far less than DD:A does when its had its best sale at 25% off I think.
Posted by kalniel - Mon 25 Jan 2021 17:27
Games are only just back to the release prices I remember from the 90s, so we've had several decades of cheaper gaming, but yes I agree with the sentiment - if you want to support a developer/try and convince them to make a game more like what you want then by all means pay for early access or on release, otherwise, especially for single player games, it's far better to wait for reviews/testing.