A new game in the immensely popular first-person shooter series, Counter Strike is currently in development.

Valve has revealed that Counter Strike: Global Offensive will be available on PC, Xbox Live Arcade and PlayStation Network in early 2012 and will include new game modes, maps and weapons.

According to its listing on the STEAM store, Counter Strike: Global Offensive will be updated version of the "classic content" that has kept PC gamers enthralled for many years. 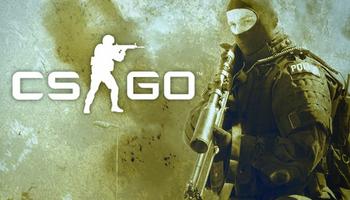 Here's what Valve marketing guru Doug Lombardi had to say on the announcement:

"Counter-Strike took the gaming industry by surprise when the unlikely MOD became the most played online PC action game in the world almost immediately after its release in August 1999 For the past 12 years, it has continued to be one of the most played games in the world, headline competitive gaming tournaments and selling over 25 million units worldwide across the franchise.

"CS: GO promises to expand on the CS' award-winning gameplay and deliver it to gamers on the PC as well as the next gen consoles and the Mac."

We know how much the HEXUS community loves a game of Counter Strike on PC, so what do you think of the announcement - excited?

Posted by Spud1 - Mon 15 Aug 2011 11:06
Sounds interesting..I wonder if this will bring with it an updated version of the oh so epic failure of CS:Condition Zero hehe.

In all seriousness though I am not really certain what they can do without messing with the game too much - new engine/models/maps is all I can really think of - perhaps some more official remakes of classic maps? New engine would be nice but then they have already upgraded CSS a fair few times.

Hopefully not “free2play” with items/microtransactions..that's probably what this update will bring, judging by the perceived success of this model with TF2 (success here is definitely subjective..I am not a fan personally).

Posted by Flash477 - Mon 15 Aug 2011 11:29
I've always liked playing Counter Strike, and it will be interesting to see just what they bring to this version.

One thing they would definately need to bring to it would be better hostage AI!! Posted by Zadock - Mon 15 Aug 2011 12:42
The only bonus might be if it becomes more accessible, I think I've played it about twice and never for more than about 3min due to the following or a combination of happening:

- people on the server don't recognise your name, kick+ban
- Kill one or two people in an amusing or unexpected way “NOOB!” - kick
- Manage to kill someone who believes themself to be the best at the game - “hax!” - kick ban
- Hopelessly out matched and dying lots - kick

I never once found a game that wasn't populated by elitest clicky morons so I gave up. I'd give my copy away on steam if you could do that. Actually I think they only reason I have CS install is as resources for GMOD.

If the new one has a better match making system perhaps I'll get into it this time around but I won't be parting with £20 - 30 for the privilege.