Following on from the recent reveal of the PC edition of Metal Gear Solid V: Ground Zeroes, Nvidia has decided to share with us the first Full HD screenshots of this upcoming long-awaited Kojima Productions game. The green team has both listed the enhancements available to PC gamers and provided an interactive comparison tool (example 1 – example 2) for us to see the difference between PC and Sony PlayStation 4 versions of the game. This is the "first game in the mainline series to launch on PC since Metal Gear Solid 2: Sons of Liberty in 2003," enthuses the Nvidia Blog. 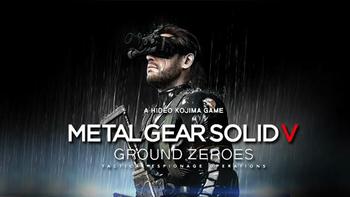 Metal Gear Solid V: Ground Zeroes lets gamers play as a 'world renowned' Special Forces soldier by the name of 'Snake'. In this episode your aim is to rescue hostages from a Cuban military base. The game has been a long running franchise, particularly for Sony console fans. Consistent features of the franchise are missions for Snake which involve stealthiness and tactical thinking. However it is possible to have a run at some missions with 'all guns blazing'. The 'FOX Engine' is behind the cinematic graphics in this latest title. A follow up larger game segment called Metal Gear Solid V: The Phantom Pain will follow this outing. 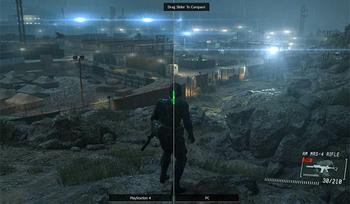 Nvidia has compiled a list of enhancements that PC gamers will be able to benefit from playing Metal Gear Solid V: Ground Zeroes, as follows -

Late last week Konami published the minimum and recommended specifications for a PC user to enjoy this new game.

Expect the game to be available via Steam from 18th December.

HEXUS
The PC edition will get a 60fps frame rate, SLI support and resolution support up to 4K..

So, PC version won't be artificially limited. I guess these days that's starting to become newsworthy….
Posted by zaph0d - Mon 24 Nov 2014 15:35
I'm pretty sure that the game's capped at the 60fps. I'm sure I read that somewhere in the last week or so.
Posted by Bagpuss - Mon 24 Nov 2014 16:09
If they (Nvidia) are promoting SLI for this game…it better damn well work flawlessly.
Posted by abychristy - Mon 24 Nov 2014 19:14
I was planning to buy the PS4 now this changes everything.
Posted by herulach - Mon 24 Nov 2014 20:09
Wow, 60fps? Amazing, so the company that will happily tell you that they make the fastest cards in the world willalso tout a game that is artificially constrained to not take advantage of performance of them? I suppose subsidising crappy porting is one way to sell new cards.