Deep Silver and Volition, the creators of the wacky Saints Row series of PC games, have announced Agents of Mayhem and published a cinematic teaser trailer. This "brand new IP" is a single-player open world adventure game with some nods and winks to the Saints Row universe. It shares "certain story elements, symbolism, and design inspiration," reports PC Gamer.

Agents of Mayhem presents to the player a choice of three core squad members to control. The three members of MAYHEM (the Multinational Agency for Hunting Evil Masterminds) are: 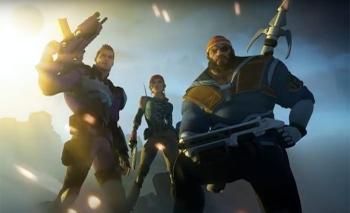 The mechanics of the game play, such as if you can switch between players at will or have to decide previously etc, are not revealed. You are up against the megalomaniacs of L.E.G.I.O.N (the League of Gentlemen Intent on Obliterating Nations) and the game is, at least partly, set in the cityscapes of a futuristic Seoul, Korea. 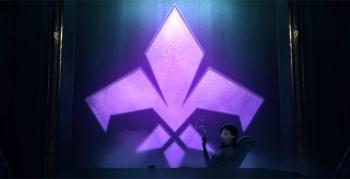 Hopefully we will see and hear more about Agents of Mayhem at E3 next week.

Posted by OilSheikh - Tue 07 Jun 2016 19:20
Looks very very kiddy. Might as well make a CGI movie rather than a game
Posted by crossy - Tue 07 Jun 2016 21:43
Hmm, I kind of like the looks of this - especially if they decide to keep that “2D” look. Although I'm sure they'll get accused of ripping off the GI Joe films and Agents Of Shield TV series.

Think I'd need to see some beta gameplay though before slapping down a pre-order.
Copyright © 1998 - 2022, HEXUS.net. All rights reserved. HEXUS® is a registered trademark of HEXUS.