At Nintendo’s E3 2011 press conference we’re sure we weren’t the only people who wondered what exactly it is that Wii U is or does. Is it an additional controller for Nintendo’s current console that enhances it in some way, or a brand new piece of hardware altogether? Nintendo wasn’t at all clear about what it is that Wii U will do for us gamers, apart from giving us sore arms from having to rotate its 6.2 inch screen, but the after-show lowdown shed some more light on the company's sixth home console.

Nintendo tells us that “the experience enabled by Wii U and the new controller takes players deeper into their games, while reaching out wider than ever before to be inviting to all kinds of gamers.” Previously, video games played on a home console have been confined to the TV and offered identical viewpoints to each player in a multiplayer environment. Furthermore, watching TV and playing console games have been completely separate experiences. The new controller removes these boundaries, creating what Nintendo describes as a “dynamic and fluid gaming and entertainment experience.” 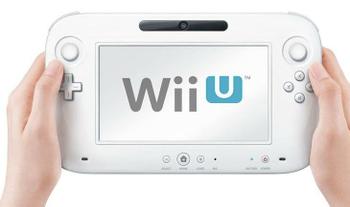 In single-player games:
- The new controller can display information on its screen that does not appear on the TV.

- The information and viewpoint can also change in the new controller based on the orientation of its gyroscope.

In multiplayer games:
- The player using the new controller can have a different experience than those looking at the TV. This will apparently offer a wide variety of competitive and cooperative opportunities.

In addition to the 6.2-inch screen, the new controller also features an accelerometer and a gyroscope, a rumble feature, an inward-facing camera, a microphone and speakers. These features come in addition to the Classic Controller button scheme – two analog Circle Pads, +Control Pad, A/B/X/Y buttons, L/R buttons and ZL/ZR buttons.

Wii U combines motion-sensing game play with the ability to support full HD graphics. Each Wii U console will be partnered with a new controller and can also use up to four additional Wii Remote or Wii Remote Plus controllers. The system is also backward compatible and can play all Wii games and use all Wii accessories.

Wii U will also run on IBM’s all-new, Power-based microprocessor. IBM plans to produce millions of chips for Nintendo featuring IBM Silicon on Insulator (SOI) technology at 45 nanometers (45 billionths of a meter). The custom-designed chips will be made at IBM's state-of-the-art 300mm semiconductor development and manufacturing facility in East Fishkill, N.Y. Since 2006, IBM has already shipped more than 90 million chips for Nintendo Wii systems.

“Wii U redefines the structure of home entertainment by fundamentally changing how the TV, the game console and the Internet function and interact together,” said Nintendo President Satoru Iwata. “The experience enabled by Wii U and the new controller takes players deeper into their games, while reaching out wider than ever before to be inviting to all kinds of gamer,” says Nintendo.