Mobile chip maker Qualcomm hosted a press event at CES today to give some of its partners a chance to talk about what they're doing with its technology. Of course a lot of the talk was about Snapdragon, but HTC showed it's not content with merely being the maker of the Google Nexus One.

CEO of HTC, Peter Chou (pictured below at the event), announced a new smartphone, but this time HTC is trying to bring a new demographic into the smartphone market. The HTC Smart is a touchscreen phone that looks pretty similar to the many other large-screen phones out there.

But it should be available for a fair bit less than the £400-500 we can expect to shell out for a top-end one. The processor won't be Snapdragon and you can expect the rest of the spec to be slimmed down, but the Smart could create an entry-level niche for the booming smartphone market. It operates and derives apps from Qualcomm's Brew mobile platform, which has been confined mainly to the US until now.

We don't have a price, but HTC says the Smart will be launched across Europe and Asia this spring. 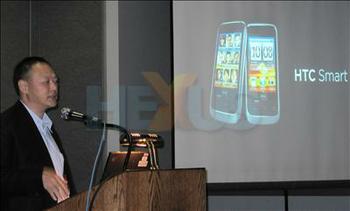 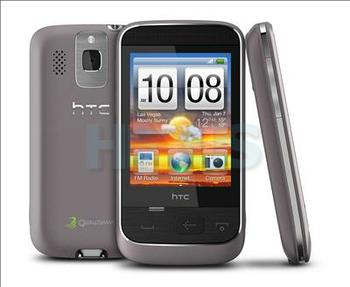 It operates and derives apps from Qualcomm's Brew mobile platform,

MadduckUK
so thats a “neither” then

So the Nokia N97 isnt a smart phone because it doesnt run Android or Windows? So the iPhone isnt a Smartphone either? Come on now, we're not in a 1 or the other world, anybody can make a smart phone, its what the phone can do that makes it a smart phone, not what OS its running.