The UK government is looking into allowing telecoms companies to make use of the existing network of ducts, pipes and so on - as currently used by the likes of water and energy suppliers. The move could "give broadband firms access to more than a million kilometres of underground utility ducts in order to boost rollout of next-generation broadband," says an official press release published on Friday.

According to research studied by the government, civil works (the setting up of poles, ducts, and similar physical infrastructure) make up about 80 per cent of the cost of building gigabit-capable broadband networks. If it were easier for networking firms to lay cables though the existing electricity, gas, water and sewer networks that span the UK that would save a lot of time, resources, money, and potentially reduce roadworks disturbances too. 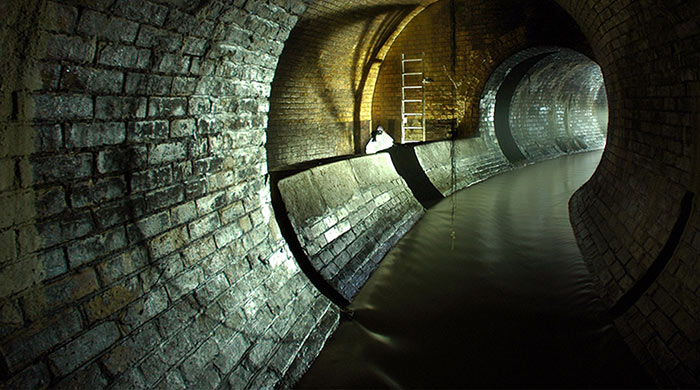 The National Infrastructure Commission research reckons that re-using infrastructure can deliver savings of £8 billion across the UK. Currently transmission technology supports downloads speeds of up to 1 gigabit over the connections that are proposed to be routed via these existing UK passive infrastructure networks.

"It makes both economic and common sense for firms rolling out gigabit broadband to make use of the infrastructure that already exists across the country," said Minister for Digital Infrastructure, Matt Warman. "This will help them avoid the high costs and disruption of having to dig or build their own and ultimately benefit consumers." Warman noted that Openreach has already delivered improved access to its ducts and poles to competitors, and thinks the same philosophy applied to the broader utility industry will help realise the government's vision of providing next gen broadband throughout the UK. 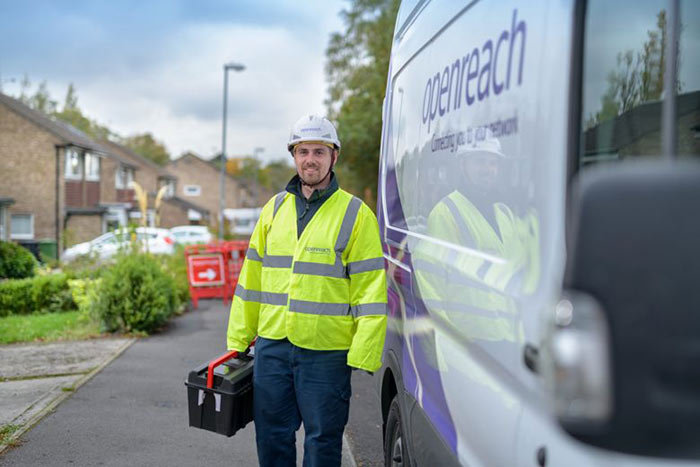 To get the ball rolling the government is enabling the sharing of information about access to physical infrastructure across the utility, transport and communications sectors. Fair and reasonable commercial terms and conditions must apply for sharing the passive networks with ISPs.

Some other UK broadband developments worth checking out include a report published by ISPReview about Cross-party MPs seeking free broadband for 1.3 million kids.

Last week I got an email from the Centre for Economics and Business Research that suggested an extensive full fibre broadband network in place in the UK could help revive the economy and create 1.2 million new skilled jobs by 2025.

Our sewers have had fibre comms laid in since at least 2006. I've seen them with my own two eyes on many occasions. BT lines are typically stapled to the soffit at about 10 o'clock.

Unfortunately they don't like doing it, because they still have to deal with us and follow our rules, which costs a lot of money.
Since they are modifying our asset, they have to implement any repairs/alterations and bring them up to our standard (or pay us to do it for them), as well as adhering to our working procedures which are far more stringent than theirs. They also have to buy a load of specialised kit with high safety ratings, and every member of their crew must have things like Confined Spaces certificates. Often they'll need to get in specialist rescue cover, like Mines Rescue.

We, however, love it because they have to fix our stuff and it saves us loads of money!! :D
Posted by spacein_vader - Mon 15 Jun 2020 14:52
I'd say BT are already experts in effluent anyway.
Posted by KrisWragg - Mon 15 Jun 2020 17:05
Meanwhile the can just gets kicked further down the road, I was patiently waiting for Gfast, but that got scrapped now its patiently waiting for FTTP.

On one hand I'm glad I can get 80mbit at my current house compared with about 10mbit at my old one, but on the other hand game downloads are getting huge (last PS4 game I downloaded was over 100GB) so 80mbit just doesn't cut it unless you leave it overnight.
Posted by philehidiot - Mon 15 Jun 2020 17:19

Ttaskmaster
I've seen them with my own two eyes on many occasions.

Smelt ‘em too I bet.

Bagsy not ever having to fix the internet.

The internet is swimming in filth anyway.

EDIT: That picture is also a lie. A BT man never smiles that much. One who is about to have to traipse through a sewer to flush the turds out of someone’s FTTP connection is definitely not smiling that much.
Posted by watercooled - Mon 15 Jun 2020 17:31

Fair and reasonable commercial terms and conditions must apply for sharing the passive networks with ISPs.

I guess this is the important part.

It could also mean strengthening broadband companies’ access to run cables along new and existing infrastructure lining the road and rail networks across the length and breadth of the country.

This is already done to some degree but carries its own challenges. A guy I worked with worked on rail-side fibre many years ago, or more specifically repairing it because the breaks caused by vibrations of passing trains.