Just ahead of the weekend, Microsoft released Windows 10 19H1 build 18329 to Windows Insiders in the Fast ring. Though Microsoft headlined this release as introducing Top Apps in Search, perhaps the most interesting news was the new ability to launch all Win32 apps in Windows Mixed Reality.

Windows Mixed Reality already lets you run UWP apps and now the application roster has been increased tremendously by the ability to run Win32 apps in the environment. Microsoft namechecks Desktop (Win32) applications such as Spotify, Paint.NET, and Visual Studio as all being useful in Mixed Reality mode. 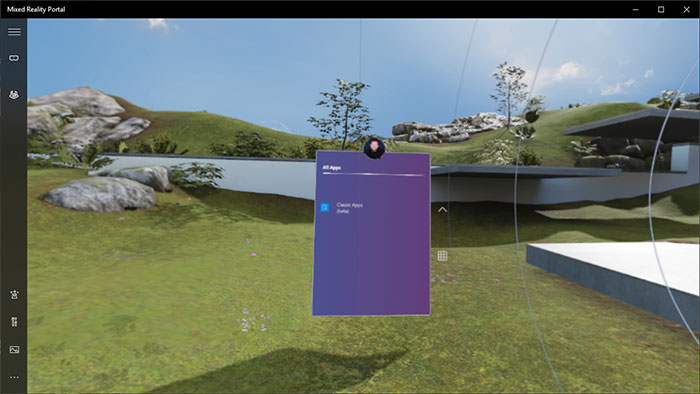 To use Win32 apps in Windows Mixed Reality mode, all you have to do is bring up Pins Panel, then go to all apps, where you will find a folder named 'Classic Apps (Beta)'. Look through this folder to select and launch your chosen application. However, Microsoft warns that this compatibility feature is still a work in progress and asks if users find errors and so on to report them via the Feedback Hub. 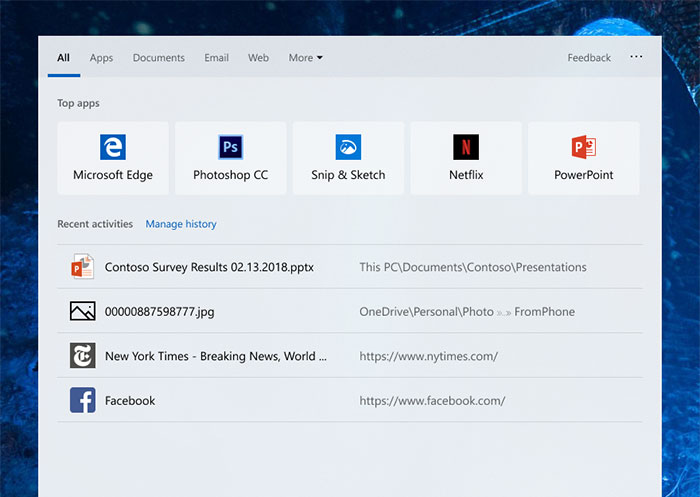 Top apps in Search is heralded by Microsoft as a great time saver. It says that just opening Search Home will provide quick access to the apps you use the most. Microsoft's algorithm puts the top apps section atop of the pop-up search menu, above your recent docs and timeline items.

Other feature updates mentioned by Microsoft in its blog post about build 18329 include: 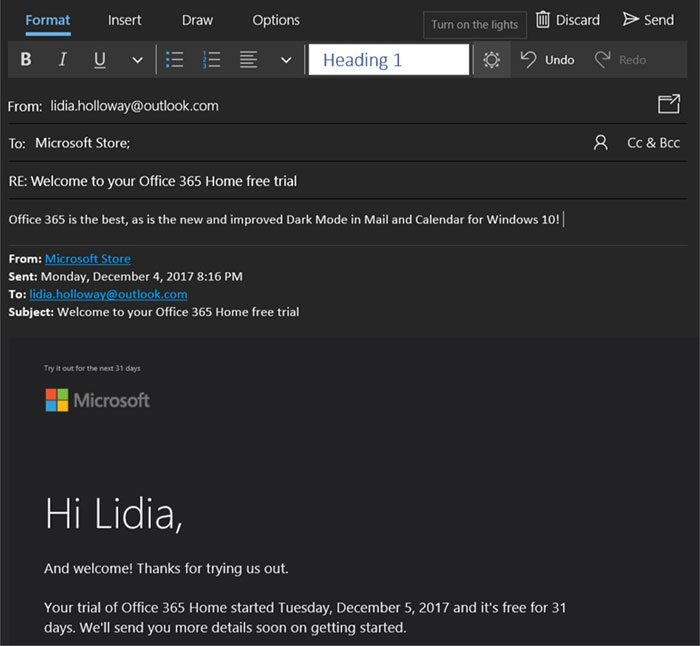 As well as the above, Microsoft has included the usual long list of fixed issues, and an almost-as-long list of known issues remaining in this public test version of the OS. This build isn't available in some languages. Please check out the official Windows blog post for more info.

DanceswithUnix
Has anyone seen Mixed Reality headset sales figures? VR headsets seemed to do rather well over Christmas, specially the PS4 VR.

I've not seen any figures but the lenovo set hit £200 around Christmas which I don't take as a good sign. I understand its probably the worst MR headset so take that with a pinch of salt.
Posted by DanceswithUnix - Mon 04 Feb 2019 19:18
Supposedly Sony sold 700K units over Christmas. The new Oculus Go sold 555K units which I'm not sure if that is a good or bad thing, but standard Rift and Vive figures weren't bad either at 160k and 130k units.

So the Lenovo set at £200 is very interesting, that is clearly the sort of price that the market really wants for a VR headset. I'm not sure the Oculus Go with only 3 degrees of freedom really counts.
Posted by ET3D - Mon 04 Feb 2019 20:51
The Steam Hardware Survey shows a growing percentage of Windows Mixed Reality headsets. Though Vive and Rift still rule.
Posted by DanceswithUnix - Mon 04 Feb 2019 21:02

Which is understandable. Still very happy with my Rift, but whilst just about everyone who tries it wants one they all baulk at £350 price tag (plus new GPU for quite a few).
Looks like Ebuyer and Scan still have them at just under £200.

Edit: To put that in perspective, if I wanted to be able to use the Rift downstairs without moving the sensors around all the time I would need another pair of sensors at nearly £60 each, so that's about £110 to get ease of use in another room. That's why it stays upstairs :)