Yesterday there was widespread gnashing of teeth in the PC enthusiast community due to Asus 'taking liberties' with its GPU Tweak II software. A redditor shared a screenshot which appeared to show an advert for an RTX graphics card in the GPU Tweak II overlay, and this was widely reported. Putting adverts in its optimisation and tuning utility would surely be annoying, possibly detrimental to system performance, and was commented upon by various sites with exclamations such as 'wtf' and similar. 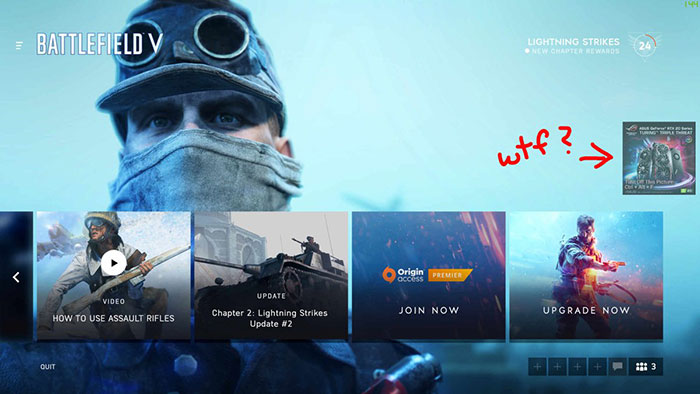 Happily, it appears that Asus isn't about to start pumping adverts into its GPU accessory software. Asus emailed HardOCP to explain the misunderstanding. At the centre of the mixup is the image used by Asus as a placeholder. Rather than a meaningless image or logo, it inserted a promotional image for its ROG RTX graphics card range. However, Asus explains that the image area is designed for a streamer identity/clan logo - likely to become part of the utility's games recording and streaming (XSplit) functionality. 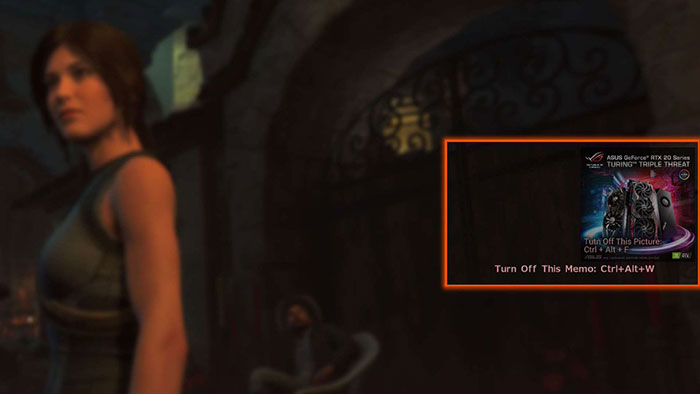 When the Asus developers are finished, this logo area will be used to insert a custom overlay into content, and this feature is there for client-side adjustments. HardOCP subsequently noticed that in Asus GPU Tweak II you could find an option to change the image and the 'memo' text that the OSD displays to something of your own choosing. In the same OSD setting you can disable the 'ad' logo completely.

Not entirely correct. In MSVC you can bind your code to use the specific build of the MSVC libraries you're currently developing with. Usually because your code is reliant on a particular feature or fix. You would then be expected to ship the necessary runtime redist version of the libraries with your product.

For the end user it's usually enough to install one build of the respective MSVC runtime, and that would/should usually be the latest one available. You can't mix and match runtime libraries, however. An application built with MSVC 2008 can't use the MSVC 2012 runtime (and would be looking for different files anyway). With the possible exception of MSVC 2015 and 2017. That is because MSVC 2017 is binary compatible with MSVC 2015.
Copyright © 1998 - 2022, HEXUS.net. All rights reserved. HEXUS® is a registered trademark of HEXUS.