Microsoft's annual BUILD developer conference is currently taking place in Seattle. Of course, much of the BUILD2019 conference consists of talks and news about Microsoft's efforts with its developer, business and enterprise products like Azure and .NET, but there have already been a few juicy morsels to report on the personal computing side of things.

On Monday, the opening day of BUILD2019, Microsoft announced Windows Terminal. In a blog post, Microsoft summed up the attractions of its new command line app as a "modern, fast, efficient, powerful, and productive terminal application for users of command-line tools and shells like Command Prompt, PowerShell, and WSL". It boasts quite a few attractive features, most notably; multiple tabs, lots of settings and configuration options, and DirectX text rendering. 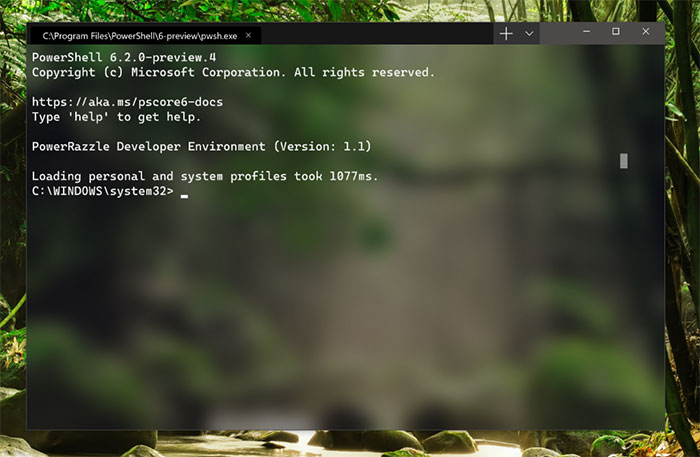 On the topic of multiple tabs, Microsoft is "super excited" to provide this facility to its Windows Terminal app. Users will be able to open innumerable tabs each connected to a command-line shell or app of their choice, "e.g. Command Prompt, PowerShell, Ubuntu on WSL, a Raspberry Pi via SSH, etc."

Customisation options in v1.0 of the app provide lots of control over the terminal's appearance and it can be varied by shells/apps/tools. That's great for making it easy and quick to distinguish between PowerShell, Command Prompt, Ubuntu, or even SSH connections to Azure or IoT devices, for example. 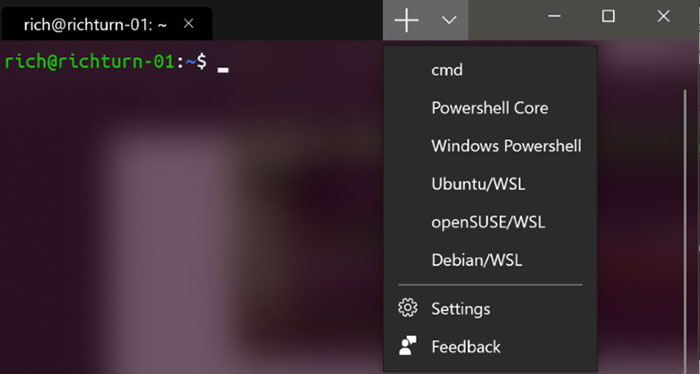 You can tweak appearance by adjusting the colour themes, background blur/transparency levels and fonts. On the topic of fonts Windows Terminal uses a GPU accelerated DirectWrite/DirectX-based text rendering engine. This provides very fast text rendering for power users and the facility to display all the text characters, glyphs, and symbols including CJK ideograms, emoji, powerline symbols, icons, programming ligatures, and more. Lastly, to celebrate the new Windows Terminal command line app, Microsoft has introduced a new open source monospaced font. A structured text file stores your Terminal settings, and Microsoft has made it easy to edit. General availability is scheduled for Q4 2019.

Microsoft will ship a full Linux kernel with Windows 10 from this June (starting with Insiders). The first release, as part of the Windows Subsystem for Linux (WSL) 2 will be based upon Linux 4.19, the latest stable release. It works as a "drop-in replacement" for the current emulator and as such will provide a significant performance boost, will start-up faster and use memory more efficiently.

Both the new Windows Terminal and WSL2 will be made available via the Microsoft Store.

Microsoft BUILD 2019 began yesterday and will run until Wednesday. We will keep you up to date with any further big personal computing developments.

Posted by maxp779 - Tue 07 May 2019 19:48
Meh, don't need windows anymore. Linux gaming has reached a point where everything I play works and works well. Even the moving targets that are updated frequently like World of Warships work fine. Been playing a lot of Tropico 6 recently.

That was the last thing tying me to windows.
Posted by MercutioUK - Wed 08 May 2019 01:27
Linux shell in windows could be…. kinda decent. There's some handy bit's to linux but… I kinda like the windows UI.
This… might _just_ be best of both imo.

It could well steer more folks to understanding linux better and be the start of windows loosing it's grip too.
Copyright © 1998 - 2022, HEXUS.net. All rights reserved. HEXUS® is a registered trademark of HEXUS.