Microsoft dual-screen devices were quite newsworthy in 2019 as we started to see official details, images and demos of the hardware and software. In 2020 we expect Microsoft and its partners to forge ahead and see these envisioned devices become available to consumers. A large part of creating this reality will be down to Microsoft knocking Windows 10X into shape, and indeed this is what Lenovo has claimed it is waiting for. 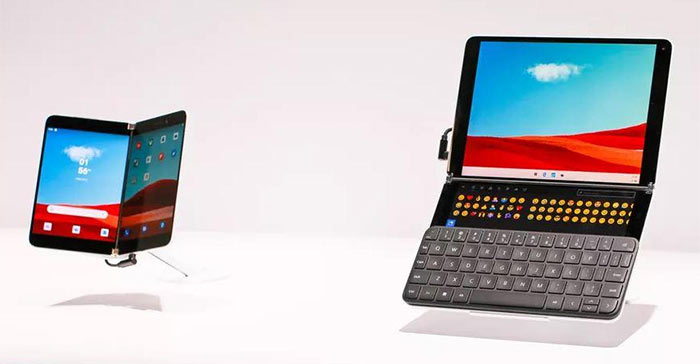 Yesterday Microsoft released the preview SDK for Microsoft Surface Duo (Android) with documentation and samples for best practices, UX design patterns, and more. It also announced that it will shortly be providing a look at developing for Windows 10X. A pre-release version of the Windows SDK, from 11th Feb, will provide new APIs for dual-screen support, documentation, and code samples. In particular it will include:

Another closely related initiative is building for dual-screen experiences on the web. With this in mind, Microsoft is proposing CSS primitives for dual-screen layouts, dual screen polyfills, and support for progressive web apps (PWAs) in Microsoft Edge on Windows 10X and Android.

Embracing the possibilities opened up by dual screens will be important to enhance user experiences. To get developers started Microsoft is providing basic support checklists for touch and pen and drag and drop and initial app pattern ideas to ensure your apps work great on dual-screen devices.

A new PowerToy is on the way for Windows 10 users. In addition to the PowerToys we have previous covered like PowerRename, FancyZones multi-monitor support, Windows key shortcut guide, and the maximize to new desktop (MTND) widget, we always knew more were on the way. 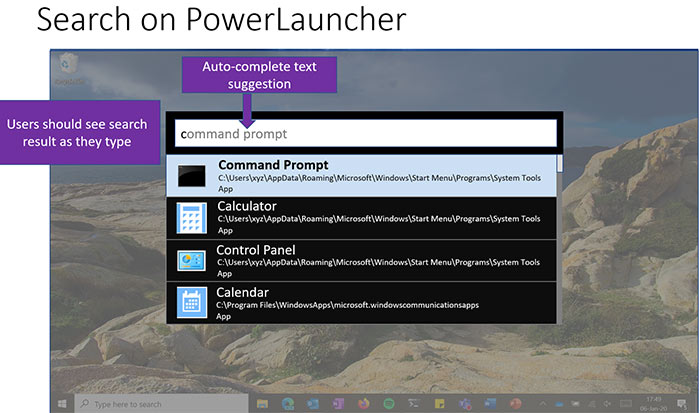 PowerLauncher is described on its official GitHub page as a "quick launcher that has additional capabilities without sacrificing performance". It is open source like other new PowerToys and it will be extendable via plug-ins, eventually. PowerLauncher has rival tools like Launchy, Listary, Executor, and Wox in its sights. 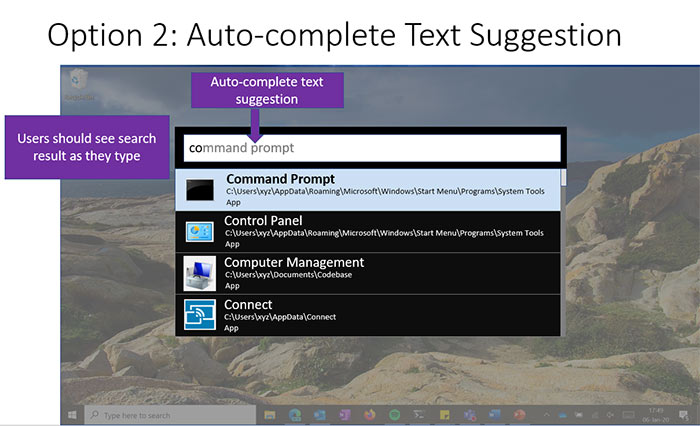 Aptly aimed at 'power users', the new tool is designed to be a "faster than start menu/Win+S for showing the search result and launching applications". The GitHub page provides an example use case where the Windows user is frustrated by the slowness in searching for and running apps - but the run command is only good when you know the name of the app you want to launch. Users will be able to invoke PowerLauncher with Win+Space, like MacOS users can open Spotlight using Apple+Space, and overriding the Win+R or Win+S key combos is an option if they wish.

Posted by Spud1 - Thu 23 Jan 2020 13:33
I'm quite looking forward to these and I suspect my next phone will be a surface duo…given that there is nothing exciting so far about this year's devices from the other major manufacturers (leaks so far show they all still have holes in their screens for some stupid reason) I will be waiting a while before upgrading my S9.

Shall have to download the emulator and have a play ;)
Posted by Ttaskmaster - Thu 23 Jan 2020 13:48
Faster than WIN+S? But that is only milliseconds anyway… at least on my machines.

Ttaskmaster
Faster than WIN+S? But that is only milliseconds anyway… at least on my machines.

Not sure what the benefit really is….

Yea, that's bizarre. I think its specifically the search results. Not saying that is really all that slow either.
Posted by Rubarb - Thu 23 Jan 2020 21:52
is microsoft even trying ?
pointless upgrade from now on guys !
Posted by philehidiot - Thu 23 Jan 2020 23:07
I DEMAND AN ENTIRE SCREEN DEDICATED TO EMOJIS! This mere HALF a screen to express my emotions like a kids cartoon character is a DISGRACE.