At the start of the year Microsoft's Chromium-based Edge browser graduated from its preview stage. HEXUS readers passed judgement on the fledgling, of sorts, a few days later in our special QOTW, measuring your first impressions. Of course nothing stands still in the world of tech and Microsoft has been busy refining and differentiating its signature browser. Now it is gathered enough ammo to give Edge another promotional bump with a blog post entitled The top 10 reasons to switch to the new Microsoft Edge. Many of these reasons are new features set to debut in the coming months.

Collections is a useful data organisational tool for people wishing to collect and distil information from the web. It is available in preview for desktop users now and Microsoft has just announced that it will be coming to mobiles later this spring.

Vertical tabs is an interesting new browser tab management tool. Microsoft claims that Edge is the only browser "that allows you to manage your tabs on the side with a single click". Again this is an Insider feature for now, which will start to roll out for testing in the next few months. 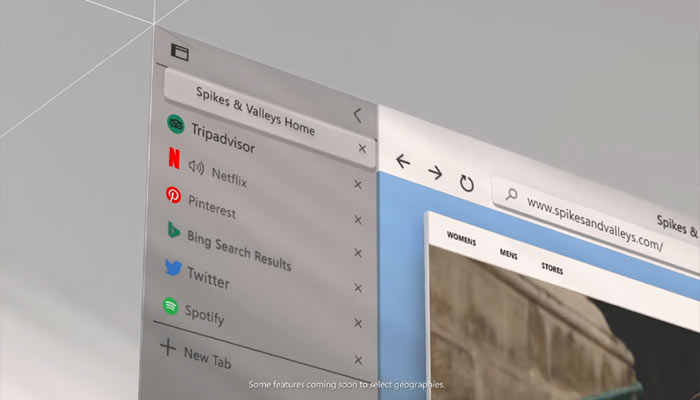 Password monitor could save your bacon with its notifications about whether credentials you've saved to auto-fill have been detected on the dark web. If any of your saved username and password combos are spotted on the dark web the alert will help you keep ahead of potentially being hacked. Insiders will get to test this feature over the next few months.

From 21st April Office 365 will be transmogrify into Microsoft 365. The new subscription service will build on the old foundation of Office, currently used by over 38 million, "by infusing new AI, rich content and templates and cloud-powered experiences to empower better writing, presenting, designing and more," explains Microsoft.

Tools at the disposal of Microsoft 365 subscribers include; Office, Word, Excel, PowerPoint, Skype, Outlook, OneNote and OneDrive. Over the coming months Microsoft will be adding a new Microsoft Family Safety app and new features in Microsoft Teams that bring friends and family closer together.

Personal/family pricing will remain the same, says Microsoft, with a Free tier, Personal ($6.99pcm) and Family ($9.99pcm) service available. See the comparison table below for the service level differences (click to zoom image). 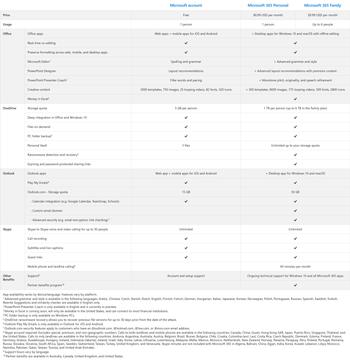 Vertical tabs is an interesting new browser tab management tool. Microsoft claims that Edge is the only browser “that allows you to manage your tabs on the side with a single click”.

Opera used to do it before they switched over, Vivaldi currently does do it. Though they both display the tabs all the time AFAIK.
Posted by Tabbykatze - Tue 31 Mar 2020 11:11

That sounds suspiciously like someone is afflicted with CoViD-19… ;)
Posted by Queelis - Tue 31 Mar 2020 12:34
Can't live without vertical tabs since forever on Firefox. Coupled with tab changes using mouse wheel, it's amazing (Tree Style Tab + TST Mouse Wheel and Double Click add-ons on Firefox).
Posted by Ttaskmaster - Tue 31 Mar 2020 15:57
What's so special about having tabs vertical up the side of the screen? Doesn't it take up more room unless you already have an Ultrawide?