Flash in the pan

Microsoft has released an update for Windows 8 Embedded, 8.1, 10 and Windows Server that removes Adobe Flash Player. KB4577586 is an optional update now, you will manually have to download and install this small patch via the Microsoft Catalogue. It is thought Flash removal will be integrated into a widely distributed OS update which will come near the end of the year - coinciding with the official end-of-life of Flash.

The release notes for KB4577586 are pretty short. The description simply says that "This update will remove Adobe Flash Player from your Windows machine." It then says that a restart will be required for the Flash removal to complete. 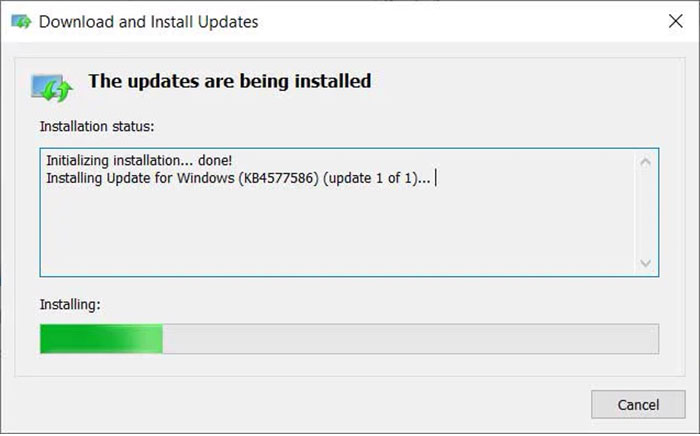 Bleeping Computer has checked the before and after states of a Windows 10 PC and found that only the Flash Player (32-bit) version bundled in Windows 10 was removed. Flash plugins that are delivered with Microsoft Edge and other browsers remained in place, as did any standalone versions of Adobe Flash Player that you have installed.

Microsoft answered Bleeping Computer's query about the scope of the Flash removal tool and said that a WSUS and Windows Update distributed update in early 2021 will perform "wide-scale removal of Flash Player". In summary, tracking down and installing KB4577586 seems like a waste of time.

Yesterday evening Microsoft released its latest set of quarterly financials. Its FY21 Q1 results beat analyst expectations with revenues of $37.2 billion, an increase of 12 per cent YoY. Net income growth was even more impressive, 30 per cent up YoY. 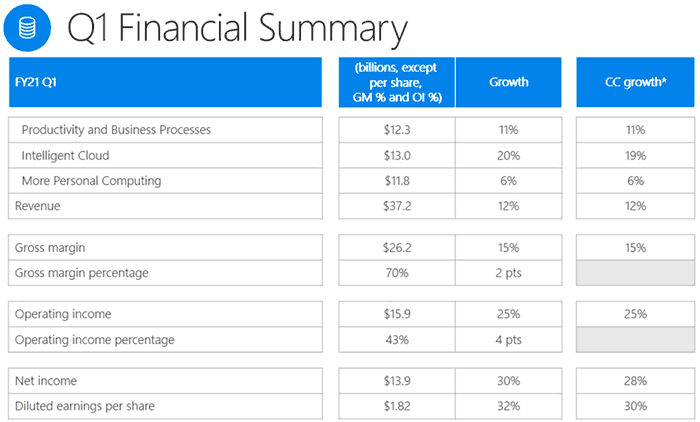 "Demand for our cloud offerings drove a strong start to the fiscal year with our commercial cloud revenue generating $15.2 billion, up 31 per cent year over year," said Microsoft CFO Amy Hood. That wasn't the only positive by any means though. The 'More Personal Computing' segment of greatest interest to HEXUS readers also progressed well overall with revenues of $11.8 billion (up 6 per cent YoY). 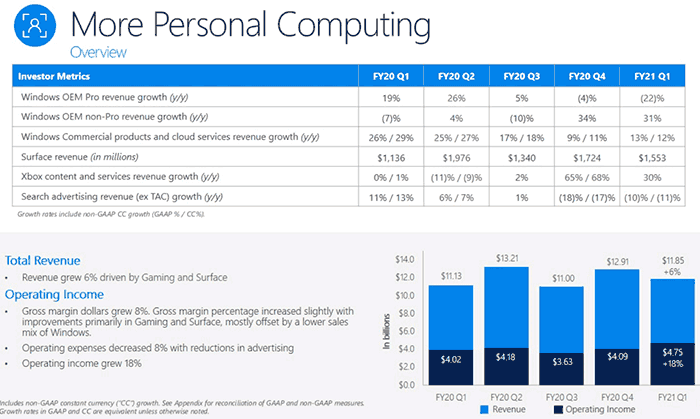 Within 'More Personal Computing' it looks like Windows OEM revenue is a weakness at this time, as is search advertising revenue. On the bright side, Surface device revenue wa sup 37 per cent, and Xbox content and services revenue increased 30 per cent.

There hasn't been much movement in the Microsoft share price during afterhours trading.

More like a vaguely animated zombie. Dead, buried, unloved and widely despised, but it either hasn't yet noticed, or doesn't care. Personally …. good riddance to Flash.
Posted by Corky34 - Wed 28 Oct 2020 17:15
If only it actually worked.

From the quick investigation I've done all it seems to do is remove the System32\Macromedia folder and leaves behind all the sxs and user profile stuff.