An American Customer Satisfaction Index (ACSI) survey based on polls of over 12,000 U.S. respondents has revealed that customer satisfaction with Microsoft's software has improved since 2013, reports Gregg Keizer at Computerworld.

The consumer survey, started by the University of Michigan during Q1 this year, mainly focused on Windows but also included Office. The results show that customer satisfaction has not been adversely affected by the highly criticised Windows 8 to the extent we saw with Windows Vista a few years previously. 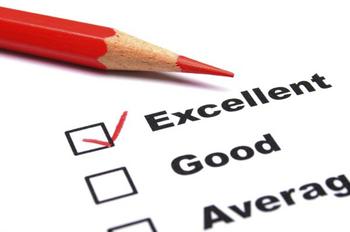 ACSI's results shows that Microsoft's score has bounced back to where it was in 2012, to 75 points, but it is still three points below its record high score of 78 in 2011, when Windows 7 was at its peak. On the other hand, Microsoft's all time low came in 2008, where the poor result of 69 points was credited to the 2007 Windows Vista OS.

Backtracking a year, when Microsoft was down a point on these latest figures, many blamed it on Windows 8, but managing director of ACSI, David VanAmburg, said at the time; "Windows 8 is still behind the numbers during Windows 7's time three years ago, but there's not much evidence that it's it is dragging Microsoft down." 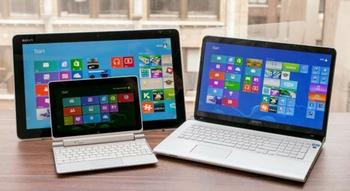 The average satisfaction score for all computer software on the market is 76, and Microsoft still lags behind that figure. It also falls behind the average score of 77 for a separate category which tallies the scores of major vendors such as Adobe and Intuit.

With the growth of mobile computing platforms, the popularity of smartphones and tablets, it may be difficult for Microsoft's software satisfaction index score to rise to its peak of 78 again. Analysts say there may be some correlation that the year we saw the highest satisfaction scores of all three software categories was also the year of the greatest number of PC shipments – 'Peak PC'.

The results show that customer satisfaction has not been adversely affected by the highly criticised Windows 8 to the extent we saw with Windows Vista a few years previously.

That's maybe because Windows8 is a fundamentally good OS held back by a schizophrenic UI. Whereas Vista had a good UI (since it's basically the same as Windows7's) but the underpinnings weren't the best. Or, as some cynic of my acquaintance said “Vista was the beta test programme for Windows7”.

Windows Phone 8 though, I think quite impressive. Put it this way, Google could well do with some of the small-resource responsiveness that WP8 shows for Android. And don't get me started on the Samsung version of Android … :puke:
Posted by LSG501 - Thu 22 May 2014 15:23
I still don't get why vista has such a bad rap, yeah it's not as fast as win 7/8 and it did have slow file transfers but I was actually more efficient (ie got more done) on vista than I was in either xp or 3.1….

I'd also argue that 90% of the people complaining about windows 8 are hardcore tech people and people who just like to ‘complain’, I've used just about every version of windows since 3.x days and honestly apart from the start screen which is a bit jarring win 8 is not actually that bad, it's basically windows 7 with some fundamental improvements and a needed ‘touch interface’ slapped on top, although it really could handle hidpi screens better.
Posted by Saracen - Thu 22 May 2014 17:05

I'd also argue that 90% of the people complaining about windows 8 are hardcore tech people and people who just like to ‘complain’, I've used just about every version of windows since 3.x days and honestly apart from the start screen which is a bit jarring win 8 is not actually that bad, it's basically windows 7 with some fundamental improvements and a needed ‘touch interface’ slapped on top, although it really could handle hidpi screens better.

Windows 8, as far as I'm concerned, is pretty good. MUI, on the other hand, is far less so, unless you are using a touch screen.

What REALLY annoyed me, though, wasn't MUI, but MS' s attitude in trying to force it on us, whether we wanted it or not, and for reasons entirely based on their marketing, not our interests.

I'll try just about anything, ‘improvement“-wise. I quite like the Office ribbon-bar approach …. though was not impressed, again, with MS forcing it on people, short of them loading utilities to bring back classic menus. Mostly, I find the ribbon paradigm an imorovement. But I sure know a lot of people that hate it.

I also quite like the Unity interface on Ubuntu, though prefer Gnome. But I’ll use either. I seriously don't like MUI. I find it truly horrible. But that's not why I detest the way MS went with W8. That is entirely down to them trying to force something on us that, personally and for non-touch, I find hugely retrograde. I not hugely techy. I also don't complain about many things. What I do do, when I find something I dislike enough to moan about it is stick to my guns, usually because it's a position I've thought about.

So, Steam? Don't like it, won't use it but I understand why many/most people do find it attractive. Not a problem. .I'm just not going there myself.

Smartphones? Not really for me. And, if we get discussing it any people challenge me (as usually happens) I'll explain my reasons for not being a fan. ButvI understand why most people do like them.

Adobe and CC? I'm not, personally, remotely interested in either cloud ‘benefits’ or subscription. If they eant to offer that, fine. But I'm seriously peeved over them ditching the standalone licence model, having been a long-term user. But so be it. Photoshop and I part company over this.

But MS, forcing a major and entirely unnnecessary paradigm shift in Windows interface, to suit their marketing strategy, and never mind inconveniencing users in the process? Bleep that for a game.

If they had just offered users a choice. And, given the number of companies offering cheap or free utilities to do just that, I call ”cobblers“ on MS' s original position that it's too difficult to do, too built-in. Hogwash.

What upsets me is not the horrible MUI. It's the arrogance of MS' s position. And, come to that, their similar arrogance over XBox One similarly infuriated me, to the point that I'm NOT buying it with a Kinect that cannot be physically disabled, and even after their most recent u-turn on that, they've convetted me from a fan and confirmed user, to disaffected, disenchanted, angry and more likely to go PS4 than XBO unless given a VERY good reason not to.

I don't complain for the sake of it, but if I don't like something, I can be pretty persistent in saying so, even if alone in that view.

Some people (I'm told) like MUI. Fine, if we had a choice, they could choose to use it. Some people don't care either way. Fine, if we had a choice, we could all choose. But there areca lot, like me, seriously peeved at MS over MUI. Evidently, they've had a lot of backlash or they wouldn't still be rowing back on forcing it on us. ut given that we've a choice of putting up with it, or moaning and refusing to use it, it seems that moaning and refusing to be cowed or forced has worked …. both over MUI and Kinect, though I'm reserving judgement on their latest apparent u-turn on MUI until we see what it actually looks like when released, after the cynical ”start buttin is back" farce.

How annoyed am I? Annoyed enough to have migrated several machines to Ubuntu, to be keeping XP and Win7 on others, and to be examining XP or Win7 under VMWare for others.

Until and unless MS give us a true, genuine option to avoid MUI, my one Win 8 licence will remain my only Win 8 licence, and that is only used where I need to test under a legit Win 8 environment. It's on a separate hard drive that sits in a drawer about 98% of the time. Unless MS capitulate, and give us the option, that W8 licence will be the last MS PC product I buy. And and this point, I'm not terribly bothered if they capitulate or not. They've almost entirely burned their bridges with me. As have Adobe.
Posted by valhar2000 - Thu 22 May 2014 17:36

LSG501
I still don't get why vista has such a bad rap.

Well, it had some rather important problems when it was released. Most of these problems were fixed, and by the time Windows 7 came along Vista was almost as good as 7, but by then the damage to its reputation was done.

Windows 8 has the Metro interface, which, frankly, is just not good for mouse and keyboard use. Microsoft SEVERELY overestimated the willingness of their customers to fully switch to touch devices.